The nation’s unemployment rate soared to 8.5% in March, according to the Bureau of Labor Statistics.

Today’s report marks a 26-year-high, as cash strapped industries tighten payrolls in an effort to cut costs, with more than two thirds of the decrease occurring in the last five months. The unemployment rate among African Americans jumped to 13.3%, up more than four percentage points compared to the same time last year.

“The unemployment rate will continue to rise,” says Ian Shepherdson, chief economist at High Frequency Economics. “We don’t think it will keep rising quite as fast as the .5 percentage point leap in February, which was boosted by a large number of unemployed entrants to the labor market, but it will surely breach the 9% mark by June, and 10% seems in the cards for fall.” 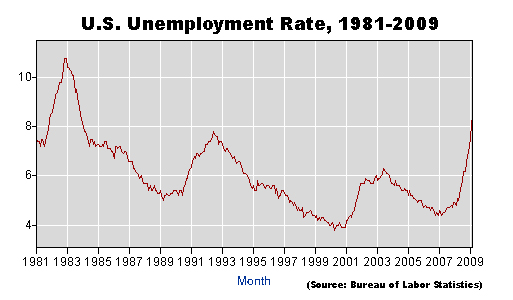 More than 663,000 jobs were slashed in March bringing the net total to 5.1 million jobs lost since the recession began in December 2007. But some industries are feeling the pain more than others, take a look.