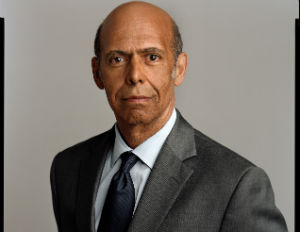 Lilly Endowment has committed $50 million to the United Negro College Fund (UNCF) to help the nonprofit launch the UNCF Career Pathways Initiative. Through this initiative, UNCF will award competitive grants to four-year historically black colleges and universities and predominantly black institutions (PBI) to help their students acquire the knowledge, preparation, insight, and skills needed for meaningful employment in a technology-driven, global economy.

“We have designed a program that we envision will serve as a model of best practices to solve the unemployment and underemployment crisis among recent college graduates,â€ UNCF President and CEO Michael L. Lomax, Ph.D. stated in a release. “In today’s marketplace, students need both the knowledge and soft skills to compete in the global economy. Sadly, too many of our nation’s talented students are having difficulty finding good jobs after graduation. Our goal is to work with students, faculty, colleges, alumni, and employers to better connect the student experience with the jobs of the future.â€

HBCUs have a proven track record of influencing the academic success of their students. Although they comprise only 3% of all four-year colleges and universities in the U.S., these institutions award nearly 20% of the bachelor’s degrees earned by African Americans nationally. Their impact on students in STEM fields is significant as well: 25% of bachelors degrees in STEM fields earned by African Americans are awarded by HBCUs.

Through a competitive grant process, the initiative will encourage schools to strengthen career guidance and discernment, and enhance the liberal arts educations of students by adding–where needed–certain skills, experiences, and knowledge that employers require. It will expose college faculty to contemporary workplaces so they can better teach, advise, and mentor students. The initiative will also help institutions develop partnerships with local and national employers and improve student career services.

The program’s success will be measured through accountability and evaluation metrics that will be assessed periodically and at the program’s conclusion to determine impact, effectiveness, and replicability.

“Lilly Endowment has funded UNCF virtually every year since its founding in 1944,â€ stated N. Clay Robbins, the Endowment’s chairman, president, and CEO, in a release. “This grant for the UNCF Career Pathways Initiative builds on this long-standing support and furthers the Endowment’s belief that a high-quality college education fosters an enhanced quality of life for individuals and their families. The initiative will improve the educational experiences of thousands of college students and expand their ability to secure meaningful career opportunities.â€

Lilly Endowment’s gift ties for the second-largest contribution that UNCF has received in its 71-year history. During the seven-year grant period, the UNCF Career Pathways Initiative will strive for at least a 15% increase in the employment rates of HBCU and PBI graduates.

UNCF will announce guidelines for the program in December. Although requirements differ for HBCUs and PBIs, 87 public and private four-year institutions across the country are eligible to apply for the UNCF Career Pathways Initiative grants. Institutions applying for the grants must demonstrate a long-term commitment to work in innovative ways to improve their post-graduate employment rates.

Part 2: Star Jones Reveals the Financial Mistake That Was Her Greatest Teacher