How to Be a Successful Black Entrepreneur - Black Enterprise 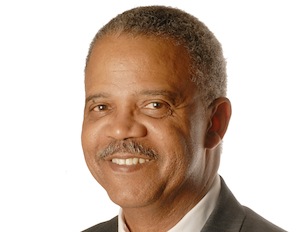 This week on The Urban Business Roundtable, we feature the success stories of two business leaders who successfully transitioned from executive to entrepreneur. First, UBR Contributor Renita D. Young speaks with Ralph E. Brown, the founder and CEO of Trillion Communication Corp. Based in Bessemer, Alabama, the telecommunications products and services company earned revenues of $165.3 million in 2010 to land at No. 24 on the Black Enterprise 100s list of the nation’s largest Black-owned industrial/service companies.

Prior to starting Trillion, Brown spent more than 30 years with BellSouth Telecommunications, where he held several key leadership positions throughout the network operations and supply chains organization. After founding Trillion in 2005, Brown led the company to consistent revenue growth, securing clients including AT&T and G.E. Capital Solutions. Trillion earned numerous awards, including being named the Minority Service Firm of the Year by the U.S. Department of Commerce’s Minority Business Development Agency in 2007. Brown sits down with Young at the Roundtable to share his entrepreneurial journey.

Also, UBR Contributor Samantha Pass speaks with Maxine P. Gill, owner and managing director of College Nannies & Tutors of Bethesda, Maryland. Gill purchased the franchise business and successfully ran it from home. Before becoming an entrepreneur, she built a career in sales and marketing for such companies as AT&T and Comcast. Gill has been recognized by the corporate office of College Nannies & Tutors with its Rock Star Award. She was also featured in the September 2011 issue of Black Enterprise. Gill joins the Roundtable to share what it takes to start and run a profitable home-based business.

In addition, in my “Alfred’s Notepad” segment, I tell you what you need to know to enter the 2012 Black Enterprise Elevator Pitch Competition. The deadline for entries is March 30, 2012.Â The top 10 finalists will be invited to the Black Enterprise Entrepreneurs Conference + Expo, to be held May 23-26, 2012, at the Hilton Chicago, where they will pitch their idea to judges and a live audience for a chance to win $10,000. This is a prime opportunity for the business owners and aspiring entrepreneurs who listen to UBR each week. Click here to view contest rules and enter the competition.

The Business of Broadway