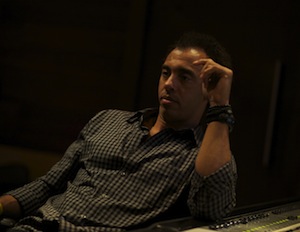 This week on The Urban Business Roundtable, UBR Contributor Renita D. Young speaks with Harvey Mason Jr., who has written and produced a string of hits for some of the music industry’s biggest stars, including Whitney Houston, Justin Timberlake, Mary J. Blige, Beyonce, Jennifer Hudson, Aretha Franklin and the late Luther Vandross. In 2008, Mason launched Harvey Mason Media, a company that does music and film production, music publishing and Website ventures.

Mason scored his first box office success with the feature film More Than A Game, chronicling the rise of NBA superstar LeBron James, earning runner-up honors at the Toronto Film Festival. Among Mason’s other accomplishments is his production of the music soundtrack for the motion picture Dreamgirls, for which he won the 2007 Critic’s Choice Award for Best Movie Soundtrack. He’s also been a key creative force behind the hit televised talent competition American Idol, writing hits for nearly every winner of each season of the show. Mason joins Montiehl at the Roundtable to talk about his journey to success and why he is still reaching for greatness.

In addition, in my “Alfred’s Notepad” segment, I issue an all-points bulletin for entrepreneurs of excellence! Nominations are now being accepted for the 2012 Black Enterprise Small Business Awards, a national campaign to recognize America’s best small businesses and the entrepreneurs who lead them. Black Enterprise is looking for great enterprises in four categories:

The finalists for all four awards will be recognized, and the winners announced, at a special awards luncheon at the 2012 Black Enterprise Entrepreneurs Conference, to be held May 23-26 in Chicago at the Hilton Chicago. For information or to nominate yourself or outstanding entrepreneurs in your network, go to http://dev.blackenterprise.com/ec.

In the News: Child Homelessness Up 38% Since 2007; â€˜BET Honorsâ€™ Award Recipients Announced and More

10 Relaxation Tips for the Workaholic