One of the most greatly anticipated weekly features of the The Urban Business Roundtable is the delivery of inspirational and motivational insights from award-winning entrepreneur, author and motivational speaker Farrah Gray.

By the time he was 16, Gray had launched nearly a dozen small businesses and social enterprises, already gaining national media attention. Today, Gray is a best-selling author and syndicated columnist, motivational speaker and CEO of Farrah Gray Publishing, which has a distribution deal with Health Communications Inc., publishers of the best-selling Chicken Soup for the Soul series. Gray’s first book, Reallionaire, is followed by his latest books Get Real, Get Rich and The Truth Shall Make You Rich. Gray has also earned dozens of awards and recognitions, including a Young Entrepreneur Trumpet Award, an honorary doctorate degree of humane letters from Allen University and being named to The Network Journal‘s “Forty Under Forty” Achievement Awards and The Urban Business Roundtable‘s Top 40 Game Changers of Chicago.

As a weekly motivational contributor to UBR, Gray offers powerful, uplifting and actionable advice and insights to entrepreneurs and business leaders who eagerly anticipate the energizing dose of inspiration that is his trademark. As I’ve often said as host of the show: When the “Reallionaire” writes you a reality check, it does not bounce.

Also, this week on The Urban Business Roundtable, UBR Contributor Renita Young speaks with KidFit LLC Founder and President Jamal Williams, inventor of the KIDFIT mobile device app. Williams, at 23, is also a member of the BE Next generation. His app is designed to help end childhood obesity. It works on the iPhone, iPod Touch and the iPad, and features more than 150 exercises for kids. Young speaks with Williams about his innovative application, his plans for the future and what he’s learned about his success. You can also learn more about Williams in the article “Shape Up!”, which was featured in the August 2010 issue of Black Enterprise.

For more important advice for inventors who need help bringing their products, ideas and innovations to market, check out the November 2010 Black Enterprise cover story “Codename: Inventors.” You can also find more articles for inventors at BlackEnterprise.com.

Also on this week’s edition of The Urban Business Roundtable, our Executive Producer TaQuoya Kennedy speaks with author Donna Satchell, president of Starr Consulting & Training, an organization focused on 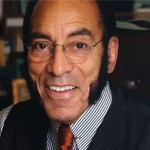 Military to Mainstream: From Veteran to Business Leader 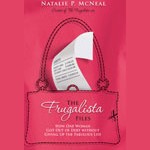 How to be Frugal AND Fabulous