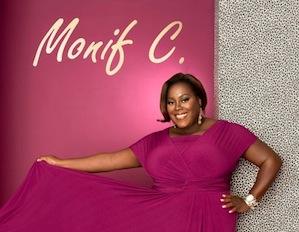 This week on The Urban Business Roundtable, UBR Executive Producer TaQuoya Kennedy talks with Monif Clarke who, in partnership with her mother Elaine Clarke, launched the fashion business sensation Monif C. Contemporary Plus Sizes. Clarke shares the role that entrepreneurial persistence played in helping her to launch her venture and make it a success.

“I break every rule about what the plus-sized woman should wear,” Clarke told Black Enterprise, “because I believe any woman can be fashionable.”

Clarke started her first business at the age of 10 as a math tutor. Following her mother’s repeated admonition that entrepreneurship was the only real way to build wealth, she partnered with her mother to launch Monif C. in 2005. With $585,000 in revenues in 2010 and projections to gross $1 million this year, the company has benefited from partnerships with online retailers such as Overstock.com and Ideeli.com.

Also, UBR Contributor Renita Young speaks with Deborah Owens, president of Owens Media Group, a multimedia financial literacy content development company, about how business owners should be building wealth and investing in the current market environment. Owens, a former financial adviser and vice president at Fidelity Investments, is the author of several books, including her most recent, A Purse of Your Own: The Easy Guide to Financial Security. Named among the “16 Money Experts Who Want To Make Your Rich” by Black Enterprise.com, she’s also the wealth coach on PBS’ My Generation TV and host of her own radio show, “Wealthy Lifestyles,” on NPR’s affiliate in Baltimore.

In addition, every week on UBR, you’ll get motivation and inspiration from author and entrepreneurial icon Farrah Gray, a weekly wrap-up of business news from USA Today business correspondent Charisse Jones, our Patient Investor Report from Ariel Investments and key economic intelligence for small business owners from our UBR economists Derrick Collins and Rasheed Carter.

And finally, in my “Alfred’s Notepad” segment, I recommend two books that are among my current must-reads for entrepreneurs who want to stay on top of the trends and ahead of the game: The Long Tail: Why The Future of Business is Selling Less of More by Chris Anderson and The Thank You Economy by Gary Vaynerchuk. Both cover the major trends that will determine whether your business will live or die in today’s marketplace. UBR listeners who’ve registered for the Black Enterprise Entrepreneurs Conference, scheduled for May 22-25, 2011 in Atlanta, will learn more about the trends covered in these books. Don’t forget listen to the show for the code to get a special discount when you register for the conference.

Alfred Edmond Jr. is the senior VP/editor-at-large of Black Enterprise and the host of the Urban Business Roundtable, a weekly radio show, sponsored by Ariel Investments, airing CST Wednesdays at 8:30 a.m., Thursdays at 6:30 p.m. and Saturdays at 9:30 a.m. on WVON-AM 1690, the Talk of Chicago. You can also listen live online at WVON.com. Check back each Wednesday for The UBR Morning Post, which features additional resources, advice and information from and about the topics, entrepreneurs and experts featured on the show.

Get Hired!: 10 Reasons Your Job Resume Is Being Ignored