Tyler Perry is officially saying goodbye to his signature character Madea with the release of “Tyler Perry’s Madea’s Farewell Play” and the launch of The Virtual Madea Museum.

After more than 20 years of making audiences laugh, Madea’s final act will stream exclusively on BET+ on Aug. 27. BET’s streaming platform is also paying tribute to the beloved character with a virtual museum experience titled, “The Virtual Madea Museum,” which captures Madea’s legacy, cultural influence, and achievements, according to a press release sent to BLACK ENTERPRISE. Each aspect of the museum will honor the comedic matriarch through a series of exhibits. Fans, however, will only be able to experience the digital interactive museum for a limited time, starting Monday, Aug. 17.

Perry first introduced Mabel “Madea” Earlene Simmons with the premiere of his stage play I Can Do Bad All By Myself in 1999. Perry then raised $5.5 million budget in part from the ticket sales of his stage productions to fund his first movie, Diary of a Mad Black Woman, which premiered in 2005 and went on to gross $50.6 million in the U.S.

Per the press release, The Virtual Madea Museum experience will include exhibits like “The Legacy Portrait Shop,” a virtual wall of portraits of Madea chronicling her first stage play appearance to her last; “The Hall of Song,” which highlights the best musical moments in Madea stage play history and allows guests to take part in a virtual singing experience; and the “Museums & Pearls Costume Exhibit,” a visual documentation of Madea’s style evolution. The museum will also include a gift shop featuring limited-edition memorabilia.

Since Tyler Perry Studios and BET Networks launched BET+ almost a year ago, the SVOD service has crossed the 1 million subscriber mark, reports Deadline. In addition to Tyler Perry’s Madea’s Farewell Play, BET+ features other original films and TV series including the drama Ruthless and comedy Bruh, as well as Tracy Oliver’s First Wives Club and the Will Packer’s Bigger. 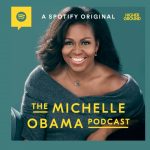 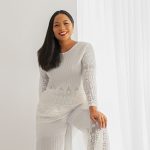 This Nigerian Entrepreneur Is Designing Swimwear For Black Women’s Bodies