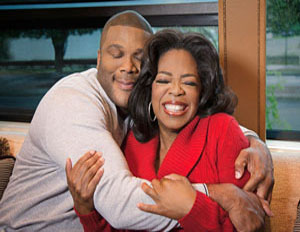 Fans of Oprah and opponents of Tyler Perry have formedÂ a Change.org petition calling on Oprah to drop Tyler Perry’s shows from the network, despite their high ratings performance.

“For decades Oprah Winfrey has used her television show to educate, empower, and uplift people of all races to be better versions of themselves. OWN has committed to be an extension of this work,â€ the petition reads.