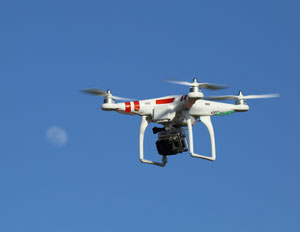 On Monday, two drone pilots were arrested for failing to pilot a drone properly. NYPD officials say the drone was flying at a restricted altitude that put it within 800 feet of a police helicopter, according to The New York Times.

Wilkins Mendoza, 34, and Remy Castro, 23, were the two pilots charged with reckless endangerment around midnight after an NYPD helicopter reported the drone sighting near the George Washington Bridge.

According to the Times, the NYPD is still unclear about the exact position of the drone in relation to the helicopter.

Currently, drones are similar to model airplanes, which are required to stay under 400 feet and within sight of their pilots. The Federal Aviation Administration (FAA) recently released a memo stating that drones could not be used for commercial purposes, putting Amazon’s plan to use drones for deliveries on hold.

The FAA has to make a decision by 2015 about the use of drones and other unmanned aerial vehicles.