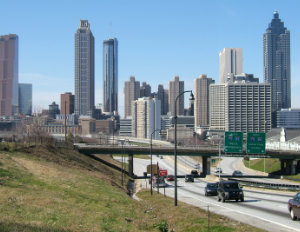 TechSquare Labs, a technology innovation hub for startups and corporations, has merged with Opportunity Hub, a diverse and inclusive entrepreneurship center and multicampus co-working space. The two Atlanta-based startup hubs have come together for the purpose of increasing diversity in the technology sector.

[RELATED: Digital Renaissance: 3 Signs Detroit Is the Next Tech Hub]

Opportunity Hub’s Founder and CEO Rodney Sampson, together with TechSquare Labs co-founder and angel investor Paul Judge, will focus on creating curriculum, products and solutions to increase diversity and inclusion in tech; build a platform to start, accelerate, incubate and fund diverse co-founding teams; help corporations meet their own internal strategies, goals, and initiatives in this area; and bridge the divide between corporate innovation and supplier diversity.

Opportunity Hub produces more than 300 educational events and classes per year, has pre-accelerated 25 startups, and awarded more than $60,000 in code school scholarships. The startups in the Opportunity Hub ecosystem have raised over $5,000,000 in pre-seed and seed capital. TechSquare Labs offers 25,000-square-feet of work space, including an incubator, venture fund, and corporate innovation programming in Technology Square, an Opportunity Zone and ground zero for innovation in the Southeast. The team uses their prime location and business experience to leverage connections between corporations, technical co-founders, and educational institutions accelerating startups and fostering innovation within large enterprises.

“Over the last threeÂ years, Opportunity Hub has led the nation in launching diverse and inclusive startup and technology ecosystems garnering greater access to vetted mentorship and early stage capital for minorities and women,â€ notes Sampson who joins the TechSquare Labs team as the chief of diversity and inclusion initiatives. “TechSquare Lab’s Co-founders Paul Judge and Allen Nance have a proven track record of starting and investing in scalable companies that create jobs and increase shareholder value. Their willingness to invest in the building of a diverse and inclusive end-to-end technology ecosystem demonstrates their commitment to developing Atlanta’s economy and our city’s attractiveness to the global markets.â€

Atlanta is home to some of the largest coding schools in the Southeast, a quarter million higher education students, and two of the top five historically black colleges and universities. This talent pool, combined with the burgeoning startup scene and concentration of large corporations, creates an unparalleled opportunity to Build Something from Nothing at TechSquare Labs. TechSquare Labs’ first diversity initiative includes the launch of a pilot code school and co-founder’s college in collaboration with Atlanta’s Workforce Development Agency. Led by Michael Sterling, the Atlanta Workforce Development Agency has committed up to $200,000 toward the training of new software engineers (coders) from underserved and underrepresented communities in the City of Atlanta.

The code school and co-founder’s college will be led by Sampson, who has a long track record of creating inclusive platforms and advocating for minorities and women in the technology market. He was awarded the Commerce Department’s Minority Business Development Agency 2015 Access To Capital Award.
(Continued on next page)

Is It a Good School If the Students Donâ€™t Graduate?