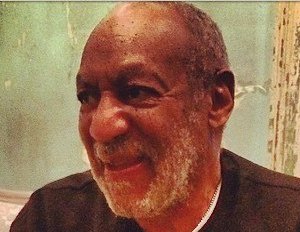 In the case of the People v. Bill Cosby, two more women have come out to accuse the legendary comedian of sexual offenses that occurred decades ago. Therese Serignese and Linda Traitz have joined together to file a defamation lawsuit, contending that Cosby publicly branded the duo as liars through statements by his representatives.

Field in U.S. District Court in Springfield, Massachusetts, where Cosby has a home in Shelburne Falls, Serignese and Traitz both allege that the maligned funny man tried to drug, rape and grope during two separate incidents during the 1970s. According to the amended charges, which only list Cosby as the defendant, Serignese said that Cosby “drugged and raped her in 1976,â€ wherein Traitz charges that he “tried to drug and then sexually groped herâ€ in 1970.

Attorney Joseph Cammarata, who represents the three women, said the civil action allows them to have their allegations heard since criminal statutes of limitation have expired. “The lawsuit provides an opportunity for women who claim to have been harmed to have their day in court in a forum where the truth can be tried,â€ he said. Cosby’s publicist and lawyer have not responded to requests for comment. Serignese and Traitz, who are from Florida, allege in the amended complaint that when they came forward separately last November, lawyer Martin Singer issued responses for Cosby that said they and other accusers were lying.

Since November, at least 15 women, including former supermodels Janice Dickinson and Beverly Johnson, have come forward with claims that Cosby sexually assaulted them decades ago. Phylicia Rashad, Bill Cosby’s televions wife from 1984 to 1992, recently rebuffed charges of any sexual assault and blasted the female accusers for thinking that Cosby would ever harm a woman. “Forget these women,â€ Rashad said exclusively to ShowBiz411. “What you’re seeing is the destruction of a legacy. And I think it’s orchestrated. I don’t know why or who’s doing it, but it’s the legacy. And it’s a legacy that is so important to the culture.â€

With numerous accusers coming out of the woodwork, the backlash to the Cosby brand has been swift and hardfelt. From TV projects with NBC canceled to nearly a dozen standup comedy performances in the U.S. indefinitely postponed, Bill Cosby has been relegated to performing in Canada. He is scheduled to perform today, Wednesday, Jan. 7, at a Kitchener, Ontario, theater, his first concert since a Nov. 21 show in Melbourne, Florida.