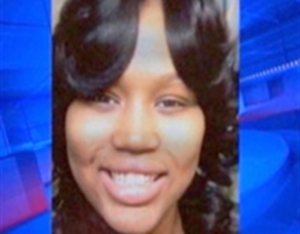 UPDATE: Freelance journalist Thandi Chimurenga who is behind the @IdaBeeWells Twitter page is running a GoFundMe to raise funds to continue her coverage of the Renisha McBride trial. For more information on how you can contribute, please click here!

For those just joining the mix, the ongoing trial of Theodore Wafer of Dearborn Heights, Michigan is gaining steam via social media.

The homeowner is standing trial for shooting 19-year-old Renisha McBride in the face when she knocked on his door for help after a car accident. Wafer’s trial began last week and he faces charges of second-degree murder, manslaughter, and use of a firearm in the commission of a felony after responding to McBride’s need for help by shooting her through his screen door.

McBride’s death followed the bizarre cases of Florida’s Trayvon Martin, Georgia’s Kendrick Johnson, and New York’s Kimani Gray where young African Americans were losing their lives over frivolous claims. The public outcry has not gone unnoticed, but in the mainstream media, the news is quickly reported and then often forgotten.

As the Detroit Free Press liveblogs the trial, Wafer’s attorney said in opening arguments that his client panicked, thinking intruders were trying to break into his house. Wafer had originally told police immediately after the shooting that “he didn’t know the gun was loaded and that it was discharged accidentally.” As Judge Dana Hathaway presides over the controversial case, which finds the victim coming under intense scrutiny, a Twitizen by the name of @IdaBeeWells is doing its best to keep interested parties up-to-date.

Currently, the page is highlighting the testimony of Michigan State Police Officer Shawn Kolonich. He is discussing the ammunition, buckshot, and overall elements contained in Wafer’s Mossburg shotgun used in the assault.

With such an important story still in development, we decided to spotlight a few of the important tweets that hit our timeline. Please make sure to check out @IdaBeeWells for the latest updates in the Renisha McBride trial.