Pro Athletes Receive Training on How to Become MVP Investors 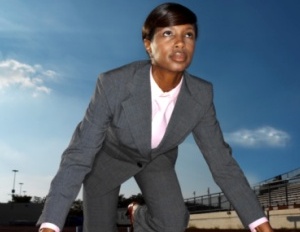 Time and again there have been hundreds of athletes who made enormous amounts of money during their careers only to wind up with nothing after they retire. In fact, recent studies show roughly 70% of professional athletes will go broke within a few years of hanging up their jerseys. It’s a staggering statistic and one that the Angel Venture Forum (AVF) in partnership with former Saint Louis Rams wide receiver Brandon Williams is working to change.

AVF is sponsoring “Angel Training Camp: Where athletes, entrepreneurs and capital connect,â€a half-day seminar on July 10, 2012, geared toward current and retired professional athletes, coaches, executives and professional athletes, that will provide an overview of theÂ private Â investing process. The goal is to train athletes to become MVP angel investors.

Angel investors are high net worthÂ individuals or groups of individuals–often retired executives or entrepreneurs–that typically invest in early-stage entrepreneurs in exchange for equity ownership in their companies, anywhere from 5% to 25%. There are currently more than 3000,000 angels active in the US, investing about $22 billion in total last year. Deals can range from $150,000 to $1 million.

Athletes are often approached with deals—especially start-up and early stage ventures—because they are qualified high net worth individuals. But most of the time these deals are not scalable, profitable enterprises in the long run, notes Marc C. Mathis, Â managing partner of AVF and managing director of the Mataron Development Group. “I can’t stand to see when a guy like Terrell Owens, Warren Sapp or Allen Iverson is highlighted in the media for going bankrupt,â€ says Mathis. “So, the one thing I wanted to implement with this program is to focus on the education, bringing these guysÂ  into the entrepreneurial ecosystem so that they could understand what angel investing is all about and how to evaluate the companies that they invest in.â€

The highly interactive seminar will be held at the law office of Womble Carlyle in Washington, DC, and will include expert presentations, panel discussions and small group case studies. Topics to be addressed include an introduction to angel investing,Â angel portfolio strategy,Â evaluating opportunities, strategic partnerships, structuring the deal, valuation, the post-investment relationship, monitoring your investments and wealth management.

Williams, who serves as the president of the NFL Players Association’s former players Saint Louis chapter, holds a similar program called Venture Draft, “Where Athletes, Technology and Capital Intersect.”Â Using ABC’s Shark Tank series as a model for vetted entrepreneurs to pitch to prominent sports figures, the program aimsÂ to get more pros to invest in tech companies, he says.

Williams has spent the past several years studying how athletes can better monetize their brand, regardless if it is regional or national. He says he built his company, Brandon Williams Economic Development Corp, upon some of the same business principles as Magic Johnson Enterprises.

“We know this space is lacking minorities let alone minority athletes, so getting these guys to understand how the angel and venture capital world works is critical.â€ Williams adds that today’s athletes need planning beyond their playing careers. If money earned during the length of the athlete’s career is not properly invested, he or she will end up either in debt or bankrupt. “We are trying to give them that playbook off the field as investors.â€

2012 Olympics to Be First-Ever Social Games