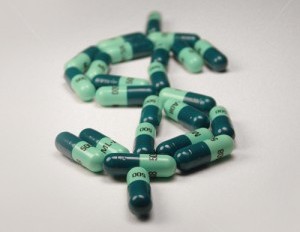 According to reports, Â Martin Shkreli,Â CEO of Turing Pharmaceuticals,Â who defended the company’s more than 5,000% price hike of a medication used by AIDS patients, had retreated saying the company would decrease the price.

Shkreli previously said the company would use the money it makes from sales of Daraprim (brand name for pyrimethamine), a drug that treats toxoplasmosis; a parasitic affliction that affects people with compromised immune systems,Â to research new treatments.

The price increase came after Turing’s acquisition of rights to distribute the drug, which went from $13.50 to $750.

The pill costs about $1 to produce, but Shkreli, a former hedge fund manager, reportedly said that does not include marketing and distribution costs, which have dramatically increased in recent years.

5000% drug price hike: Martin Shkreli is trying to beat off robust competition to being the scum of the year. #greed pic.twitter.com/unZavFfdaQ

Shkreli faced scrutiny from healthcare advocates and calls to reconsider the company’s decision, including The Infectious Diseases Society of America, the HIV Medicine Association, and other health care professionals who wrote an open letter to Turing.Â “This cost is unjustifiable for the medically-vulnerable patient population in need of this medication, and unsustainable for the healthcare system,” the groups wrote. “Please help us improve public health by immediately implementing a rational and fair pricing strategy for pyrimethamine that keeps treatment for a potentially fatal condition accessible to our patients.”

Consumers and even presidential hopeful Donald Trump weighed in on the price hike:

One of the communities this hike would impact tremendously is African Americans, who have an HIV rate of infection that is 8 times that of whites, according to the CDC.Â African Americans accounted for an estimated 47% of all HIV diagnosisÂ Â in 2012.

The poverty rate is also higher among African Americans, compared with other racial/ethnic groups, and according to the CDC, the socioeconomic issues associated with poverty such as limited access to quality healthcare, housing, and HIV prevention education increase the risk for HIV infection and can affect the health of people living with or at-risk for HIV.Â Recent data also indicates that 75% of HIV-infected African Americans aged 13 or older are linked to care, with 48% retained in care and 46% prescribed antiretroviral therapy.

Shkreli did not say what the new price would be, but expected the company to make a determination in the next few weeks.

News about ShkreliÂ Â turned a spotlight on the issue of price-gouging in the pharmaceutical industry. Bernstein Analyst Ronny Gal recently explored this for CNBC, pointing out how many companies raise prices when the market presents an opportunity.

“They take drugs that have largely been underpriced before–or that’s the way they’d call it,” Gal said in a telephone interview with the news outlet. “They buy a drug that does not have good alternatives and they raise the price sky-high. And because it’s very hard to say no to those patients; because there’s no alternative, people cover this.”

Lowering drug costs have been hot topics of Democratic presidential candidates Hillary Clinton and Bernard Sanders, with each touting plans that will help Americans save money on prescriptions.

This Week’s Highlights: The Best and the Brightest