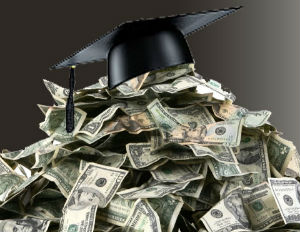 Should Trump’s budget proposal pass, the U.S. Department of Education’s budget would be reduced by 13%; it would also eliminate $1.2 billion in before-school, after-school, and summer programs, as well as $2.4 billion in instruction.

Despite the meeting in the Oval Office with presidents of historically black colleges a few weeks ago, funding for HBCUs remains level, and $3.9 billion in cuts to Pell Grant funding is proposed–which 70% of HBCU students use to help fund their college education.

The budget also eliminates the Supplemental Educational Opportunity Grants, which help the neediest students pay for college. Federal work-study funding, too, is not left unscathed. In a statement, UNCF says more than 26,000 HBCU students receive work-study jobs to help them pay for college and acquire work experience. This doesn’t include the number of black students (and students of other races) attending non-HBCUs who benefit from work-study employment. Yet, the budget calls for work-study funding to be reduced.

Declaring War on the Poor

Reaction to Trump’s budget has been swift, some calling it “irresponsibleâ€ and “extreme.â€

From the Center for Responsible Lending, Policy Counsel Yana Miles says in a statement, “…this budget would widen economic divides for some and deepen societal divisions for others. Its $9 billion cut in current education funding includes $3.9 million in cuts to Pell Grant revenues that would have been carried over.â€

John B. King, CEO and president of the Education Trust, denounced the budget: “Cuts to financial aid programs, including draconian cuts to the Pell Grant program, abandoning teacher support and development programs, and an ill-advised (and previously rejected) scheme to divert resources from our highest need schools would move our country backward.â€

Pauline Abernathy, executive vice president of the Institute for College Access & Success, says plans from Trump and House Republicans, “would increase the cost of college for millions of Americans struggling to pay for education and training.â€

In a statement, Abernathy says the Trump budget “raids $3.9 billion from discretionary Pell Grant fundingâ€ and “harms low-income, minority, and first-generation college students by eliminating … SEOG,â€ and reducing funds for work study and other programs.

Only the Thurgood Marshall College Fund failed to denounce the budget, which even some Republicans have balked at.

In an extraordinary statement–which fails to name Johnny C. Taylor Jr., TMCF’s president and CEO, or anyone else from the organization–TMCF describes Trump’s budget as “specifically protecting [HBCU] level funding at $492 million….â€

The statement claims that Pell Grant funding was “safeguarded,â€ and asserts that TMCF will work with Congress, the Congressional Black Caucus, and others to reallocate the $3.9 billion carryover funding it calls “unobligated.â€

Taylor helped to arrange the meeting of HBCU presidents with Trump that many ridiculed as a “photo op.â€ But Michael Lomax of UNCF clearly identified in the UNCFÂ statement, says of that meeting, “Last month while meeting with presidents of the nation’s HBCUs, President Trump pledged to do more for HBCUs than any other president has done before; however, this budget is not reflective of that sentiment.â€

The Intriguing Art and Technology of AfroFeminism