How A Trump Presidency Will Impact Small Businesses 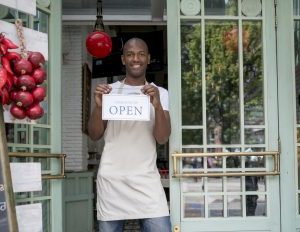 After an extremely divisive election and close presidential race, the final winner was Republican candidate Donald Trump. Now the billionaire businessman makes history as the first president of America never to have served in the military, public office, or to release tax returns. What will be in store for small business owners come January when Trump enters the White House? How will the policies of his administration affect America’s 28.7 million small businesses?

There are critical issues around how small businesses will fare in relation to minimum wage, taxes, healthcare, trade policy as well as other important economic factors.

Minimum Wage Is A Ballot Winner

The minimum wage was a winner this election in four states. Voters supported ballot initiatives gradually raising Arizona, Colorado, and Maine’s minimum wages to $12 by 2020, and Washington State’s wage floor to $13.50 by 2020. Leaders are urging Congress to follow suit and raise the outdated federal minimum wage of $7.25, which comes to just $15,080 a year for full-time workers, advocates say. More than 1,000 business owners, executives, and business organizations have signedÂ Business for a Fair Minimum Wage’s statementÂ supporting a federal minimum wage of at least $12 by 2020.

One of Hillary Clinton’s main running points for small businesses was to unlock access to capital to ease the burden for community banks and credit unions–giving them the finances they need to build, grow, and hire. When it comes to starting businesses, Clinton promised to allow entrepreneurs to defer student loan payments, with no interest, while they get their ventures off the ground. She also planned to protect small businesses from large companies using litigation hurdles to deny payment for services, offering recourse to take on predatory behavior. Trump is not likely to adopt the later given his company benefited from such practices.

Part of Trump’s so-called “new deal,â€ which he revealed during one of his election stops, included new tax incentives for inner cities, new microloans for African Americans to start companies and hire workers, and a plan to reinvest money from suspended refugee programs in inner cities.

Teachers, Parents Brace Themselves for a Trump Presidency