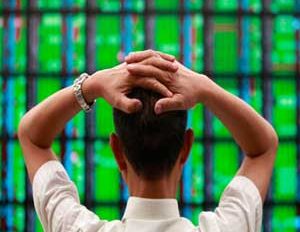 Trump reportedly said in a meeting with business leaders “so many people, friends of mine, that have nice businesses, and they can’t borrow money.” Actual data, however, shows that business lending has been strong since the end of the financial crisis. Corporate debt has been growing, though not as fast as pre-recession. Access to capital remains tight mostly for black business owners, especially women of color.

Rep. Nydia M. VelÃ¡zquez of New York, a top Democrat on the House Small Business Committee, issued a statement regarding the Order, “Lax regulation preceded the 2008 financial crisis that locked up small business credit markets and almost sent our nation careening into another Great Depression,â€ she said.Â “With their attacks on Dodd-Frank, President Trump and Republicans are risking another economic catastrophe by rolling back regulations at the behest of Wall Street. I will continue opposing efforts to rescind important safeguards in Dodd-Frank that protect consumers and reduce systemic risk to our financial system.â€

Communities of color have been unfortunate targets of predatory lenders offering a range of high-cost products–from mortgages to car notes–that leave borrowers in worse financial shape. Payday loans, credit cards, and student loans are top three areas in need of tougher regulations. News reports revealed communities of color lost the most ground during the great recession. According to research by the Center for Responsible Lending, $1 trillion of lost wealth from the recession was borne by people of color. African Americans, who heavily invested more in their homes than in stocks or bonds, were hit the hardest.

The Consumer Financial Protection Bureau, which has been around just five years, was established to handle consumer complaints about banks, payday lenders, mortgage and student loan services, debt collectors and other financial companies. It’s the bureau that levied fines against Wells Fargo employees for siphoning money out of customers’ accounts.

One aspect of Dodd-Frank is the requirement that various federal agencies set up Offices of Minority and Women Inclusion (“OWMIs”). Section 342 of Dodd-Frank empowers these OWMIs to examine the diversity practices of their respective contractors and subcontractorsÂ and to make referrals to the Office of Federal Contract Compliance Programs (“OFCCP”) in some instances where deficiencies are found. Not only could companies lose revenues from government contracts terminated for diversity-related failures, they could also incur substantial fines for deficient diversity-related practices.

Trump blamed the political establishment and Wall Street banks for leaving behind many Americans and vowed to break up both. Pundits argue those promises have been called into question as he has filled his administration with members of Congress and Wall Street executives, including a retired Goldman Sachs president.

Equipping Our Kids — The STOP Shows How to Interact with Police

In Case You Missed It: Prepare For Valentine’s Day