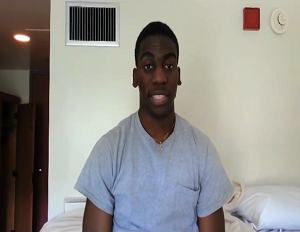 Remember the 2011 case of Troy Davis, a black man whose Georgia execution sent black media into a frenzy after original witnesses in his murder trial recanted their testimonies, leading to significant doubt in Davis’ guilt?

As America watched the tragic case play out in front of the media, it was clear that Davis had overwhelming support from his family. Amongst those loved ones was his 17-year-old nephew, De’Juan Davis-Correia, who used his uncle’s run-in with the unjust criminal justice system, followed by the death of his mother, as motivation to create a better future for himself.

Now, ready to enter his second year as a student at Morehouse College, De’Juan is asking for support from the public to help him continue his education. The dean’s list student, who’s pursing a dual degree in engineering and physics, has started an Indiegogo campaign to help him raise enough money to finish his college education.

With every dollar making a difference, let’s rally together and show support in helping the young scholar achieve his educational dream.