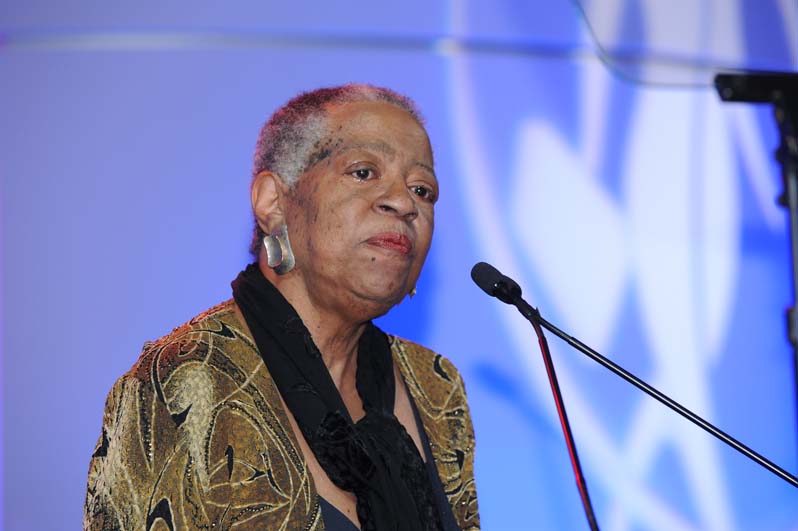 Journalism pioneer Marcia Ann Gillespie has a legacy worth honoring. Appointed the Editor-in-Chief of Essence at the age of 26, she helped to groom the publication into the popular, trendy women’s magazine we know and love today. And she didn’t just stop there; following her career at Essence magazine, Gillespie became Editor-in-Chief of Ms. Magazine, which became known for its award-winning in-depth articles and investigative pieces while under her leadership.

In addition to her work in magazine publishing, Gillespie was the President of Liberty Media for Women, the company she co-founded with Gloria Steinem. She is often noted for her work as an award-winning activist, respected educator, and leader in the women’s movement.

BlackEnterprise.com spoke with Gillespie to find out more about the trails she’s blazed:

BLACK ENTERPRISE: What initially made you choose a career in media/journalism?

Gillespie: It’s not like I chose it–I fell into it. I graduated from college in 1966. I planned to work for a year, then I wanted to go to graduate school to become an historian.

I was looking for a job, and my best friend in college’s mom was working for the NAACP. She called me up and said, “I think I found the perfect job for you. Time, Inc. is recruiting minorities.”

I interviewed and was hired as a researcher trainee. About four months into the work, I thought, “This is interesting,” and I decided I was going to see where this journey went.

BE: You’ve had a long, trailblazing career in media–to what do you credit your success in the industry, thus far?

Gillespie: Timing–I came out of college at a time when there was some outreach underway to bring people black people into publishing.

BE:  I was leaving Time, Inc. in 1970, and I knew [Essence magazine co-founder] Gordon Parks’ daughter Toni, who also worked for Time. I knew Essence [magazine] had started. I asked Gordon if there was a job over there for me, and the next thing I knew I was being interviewed to be the managing editor. It’s timing and the people I crossed paths with. You never know where the hand is going to come from.

Part of how I became Editor-in-Chief was that I had the audacity to think I knew what the magazine needed. I wrote out my vision for the magazine, and told them I wanted to be considered for the position. Their first response was, “You’re too young, you’re fresh–I don’t think so,” and they kept looking for other people. For whatever reason, they decided to give me a three-month trial. I got lucky–it could’ve all gone another way.

BE: What do you know right now in your career, that you wish you would’ve known 35 years ago?

Gillespie: I would’ve known to laugh more. I was driven to make Essence a success. The drive was important, but it took an enormous toll on me personally.

I was also not as open to really understanding the importance of making mistakes. You learn so much as a result.

BE: What is the best/most memorable career advice you’ve received that you can pass on?

Gillespie: Be prepared to stand your ground. As a leader, it doesn’t necessarily mean you’re going to be popular. If you believe in what you’re doing, you need to be able to stand your ground, and make sure you take the time to share your vision, and give other people the chance to buy in.

BE: What would you like your lasting legacy to be?

Gillespie: Excellence; in some small way, I hope I’ve encouraged women to go for it.

BE: What are you looking forward to at the 2017 Black Enterprise Women of Power Summit?

Gillespie: I’m looking forward to meeting the other legacy honorees, to listening to so many smart women who are gathering [together], and I look forward to learning.

How ADIS is Empowering the African Community

How to Establish a Good Business Credit Score