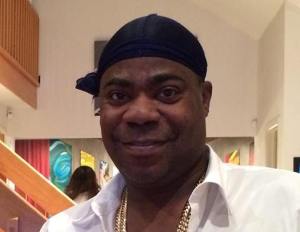 According to The Grio, comedian/actor Tracey Morgan has sued Walmart for the deadly crash that claimed the life of his good friend, James McNair, also known as Jimmy Mack. Along with Morgan, Ardie Fuqua, a comic, Morgan’s personal assistantÂ Jeffrey Millea, and Millea’s wife Krista, are named as plaintiffs.

The lawsuit, which was filed July 10, claims WalmartÂ was “careless and negligent in the ownership and operation of its motor vehicle, which caused Mr. Morgan to suffer severe personal injuries.â€

“This has been a terrible tragedy,â€ a Walmart rep said in a statement to E! News on Saturday, July 12. “We wish Mr. Morgan, Mr. Fuqua Jr., and Mr. Millea full recoveries. Our thoughts continue to go out to them, their families and friends, as well as to the families and friends of everyone involved, including Mr. McNair who lost his life.â€

“We are deeply sorry that one of our trucks was involved,â€ the company added. “As we’ve said, we’re cooperating fully in the ongoing investigation. We know it will take some time to resolve all of the remaining issues as a result of the accident, but we’re committed to doing the right thing for all involved.â€