The Many Faces of Tracey Lee: From Rapper to Attorney 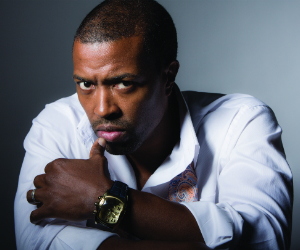 There are too many stories of artists having a successful career but ending up broke. (TLC and Toni Braxton come to mind.) On the surface, you see nothing but glamour, shine and glitz, but when the cameras and lights are off, nothing but grime, dullness and emptiness, especially in the bank accounts. Seems like it’s a story that has been written over and over and then over, once again.

Yet, you do have some artists who encounter the same territory and decide to embark on another path to avoid the pitfalls of artists before them. That would describe Tracey Lee, former Universal/Bystorm recording artist. Wait, let’s rephrase that: Tracey Lee, Esq. Yes, you read that correctly: Esq. No, it’s not the name of his latest project (Oh wait, coincidentally, it is!) but the title that follows an attorney.

Fighting for the rights of those who were once in his position. Making sure that some have a fair chance of actually making money and being successful with their art. It’s a turnaround Lee took that if more artists had followed suit, there would be less heartaches and sad stories to read about.

Now, instead of making waves “Bystorm” he is making waves by other means. With a partnership with the woman who shares his last name with, it’s time that we see why Lee has decided to go “LLeft.”

BlackEnterprise.com: After being a recording artist, what made you decide to pursue a career in law?

Tracey Lee: My desire to go to law school was a direct result of my career in the music business. I felt like the deal I initially signed, in hindsight wasn’t the deal I would have agreed to had I been more knowledgeable about the business of music. I decided that I wanted to be the eyes and ears for artists coming into the industry without clear knowledge of the music business; recording contracts, deal points, 360 deals, publishing, etc. I’m an advocate for the artists, and I want to provide them with the information and legal support that I lacked when I signed my deal. My experiences as a recording artist and entertainment lawyer provide me with a well-rounded set of “toolsâ€ needed to strategically guide someone on the legal aspects of the business.

What type of law do you practice and how long have you been doing so?

I have been a licensed and practicing attorney since 2007, specializing in contracts and entertainment law.

Tell us about your entertainment company, LLeft Entertainment, as far as who is involved, what services you provide and what projects you’ve worked on and/or have in the works.

In January, my wife and business partner, Lori Nelson Lee, and I merged our companies; Tray Lee Inc. (music), CharmCiti Entertainment (film), and Nelson Publishing (books) to form LLeft Entertainment, an independent entertainment company that’s not afraid to go against the grain of the industry and at our own pace. Our motto is “Whenever mainstream goes right, we go LLEFT!â€

LLeft provides quality production in film, Web television, book publishing, and music products, as well as select legal services. My wife and I are storytellers; I tell my stories over beats and she tells her stories on screens and in books. We use our independence to create and share story products that we feel passionate about, regardless of what mainstream may or may not deem as the “popularâ€ or “correctâ€ way to go. We dare to be different— not because we seek to be rebels, but because we desire to remain true to ourselves and our respective arts, without interference.

LLeft Entertainment is screening our short film, “UnRaveled,” written, directed and produced by Lori Nelson Lee, starring myself, in cities including New York and Washington, D.C. I also worked with my music production partner, DJ Blinks, on some of the music and the score for the film. Additionally, LLeft recently re-released my mixtape, “Free Consultation,” available via our Website, Lleftent.com with productions by Young Guru and 9th Wonder, appearances by Notorious B.I.G. and RNF, and arranged by DJ Conscience.

Our children’s books, Hillary’s BIG Business Adventure by Lori Nelson Lee, and I Can Do It Myself! by Valerie Nelson were big hits at the Congressional Black Caucus Author Pavilion for the second year in a row.

How do you balance your business between being an attorney and running an entertainment company?

It’s a shared team effort. It’s all about being selective about the clients we choose to do business with and the projects our company chooses to produce. In addition, once the selection is made it’s about strategically preparing a plan of action that allows us to provide each project and each client with a dedicated effort of our time and focus, to avoid spreading ourselves too thin. We are in the business of producing quality—not quantity—as it pertains to the preservation of our brand.

What’s the best business advice you’ve been given that you apply on a regular basis?

[We’re] in the age of “microwaveâ€ products and production— to create as much as you can as fast as you can with very little attention to detail. Here, we choose to value the quality of our products. We apply this philosophy to our business because we believe that in the long run we’ll have a better chance of not only creating our lane, but also sustaining the market we create.

What did you take from being a recording artist that has helped you in your business?

Pay attention to detail! Contracts are in place for a reason— to make sure whatever is agreed to is documented so if there is a discrepancy in the future I can always refer back to the documentation. I am very careful about what I apply my signature to, even down to the smallest detail. This has helped me tremendously in my current endeavors especially in having the foresight and avoiding similar business relationships and situations.

The past has also helped me to understand the importance of surrounding myself with people I can trust, not being afraid to do things my way, and taking my time not to rush the creative process.

What future plans do you have in terms of your artistry and your entertainment venture?

My goal as an artist and business owner is to reach and cater to a forgotten demographic: the 35-50 urban market, who contributed to the foundation and landscape of the Hip-Hop culture. This demographic wants to love Hip-Hop again, yet artists today, for the most part, do not create with them in mind. There’s an unspoken fear of being considered old and believing the myth that this demographic doesn’t spend money. What they fail to understand is that they do in fact spend money on quality products and things they believe in, and that’s what we intend to provide at LLeft Entertainment— music, film, Web television, and book products worth your, money and support.

If there is a business and/or entertainment icon you’d like to emulate, who would it be and why?

It’s not so much about emulating as it is about appreciating what others have achieved that makes it a little easier for those of us that aspire to walk through those same doors. With that said, I don’t have just one person whose [entertainment] business practices offer inspiration for me [and my company]. I observe and learn bits and pieces from many. However, a short list of examples include Ice Cube, Spike Lee, Eric Roberson and Tyler Perry.

Ice Cube is a Hip-Hop artist who learned from his obstacles in the music business and transcended into a successful entertainment business brand. He continues to grow as a musician, actor and producer, appealing to both hardcore and family-friendly audiences.

Spike Lee’s products, while brilliant, also seem to offer a deeper message that go beyond just entertainment. I love the fact that his conviction is unwavering—he is a champion of his people and he’s never afraid to speak his mind.

Eric Roberson has essentially created a blueprint for true indie artists in terms of successfully creating and distributing honest music as an independent. By creating his own rules, Eric managed to become a two-time Grammy nominated independent artist.

Tyler Perry’s (entertainment) business practices are the kind that people may eventually use as a successful case study. He created his own lane, catered to his select audience, and built an empire that started from the “chitterling circuit.â€

All of these men stayed true to their art and faithful to their audiences, and the fans in turn have been consistently faithful to them. That should be an inspiration to everyone, not just me.

For more information on Tracey Lee and his companies, visit www.lleftent.com or Tweet

6 Tips to Get Your Boss Fired

Why you Should go see ‘The Rise of the Guardians’