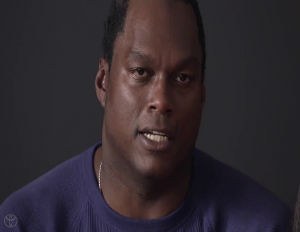 Issues with domestic violence and child abuse tarnished the first few months of the NFL season. With Super Bowl XLIX just around the corner, Toyota is focusing on a positive note by showcasing some of the best dads in professional football. Leading up to Sunday’s game, Toyota will push out online videos that feature former and current NFL players LaVar Arrington, Fred Jackson, and DeMarcus Ware.

How do you become a good father? Is it something you learn from your parents, or a choice you make on your own? While you can’t choose the dad you have, you can choose the dad you’ll be, according to Toyota officials. Its Super Bowl marketing campaign, “One Bold Choice Leads to Another,â€ which will give an inside peek at pro athletes’ lives off the field by celebrating the relationships they have with their kids.

“We are excited to celebrate one of America’s biggest cultural holidays, Super Bowl Sunday, while honoring the relationship between dads and their children,â€ said Jack Hollis, group vice president of marketing, Toyota Motor Sales, U.S.A., Inc. in a released statement. “Much as we did for the Camry launch last fall, we will take a bold and unconventional approach, one that matches the content of the vehicle and invites our guests to engage with the new Toyota.â€ The creative focuses on dads–both prominent and unknown, but equally extraordinary–who have contributed to their families’ lives in bold ways, notes Hollis.

“This ‘One Bold Choice’ campaign is all about the bold choices we as parents–fathers–have to make every day for our families. These choices range from teaching our kids, to showing them what a loving relationship looks like, to displaying sacrifice, work ethic, excellence and love in all areas of our lives,â€ said former quarterback Kurt Warner in a statement.