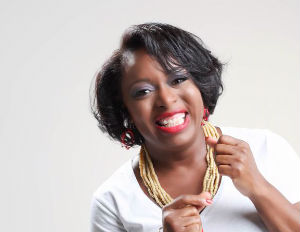 Black Girls Code founder Kimberly Bryant will continue her outstanding commitment to brightening the futures of young girls in computer technology with a little help from Toyota Motors. As a recipient of the “Standing O-Vationâ€ award, Black Girls Code will receive a $25,000 grant from Toyota.

The award was announced in San Jose, California during the eighth and final stop of the “Oprah’s The Life You Want Weekend,â€Â an eight-city arena tour and transformational weekend. The ToyotaÂ “Standing O-Vationâ€Â recognizes extraordinary people who are making positive changes in their communities and inspiring others to do the same. The driving force behind The Toyota “Standing O-Vationâ€ stems from the automaker’s commitment to fostering women’sÂ interests.

Black Girls Code isÂ a San Francisco-based program created to provide programming and technology education to primarily young and pre-teen African-American girls, and to give them a valuable skillset to carry into their futures. Bryant founded the program after she realized her daughter was the only African-American girl in a technology summer camp at Stanford. Bryant had experienced similar cultural isolation while studying electrical engineering in college and she knew something had to be done to address the lack of African-American females in the programming world.

Through workshops and after-school programs, Black Girls Code introduces underserved girls to computer technology to help prepare them for successful educational and occupational futures. Â So far, Black Girls Code has reached more than 3,000 girls in seven U.S. cities and in Johannesburg, South Africa. The expanding program aims to reach one million girls by the year 2040.

“The $25,000 grant from Toyota is an amazing gift that will go a long way towards helping us reach even more girls who might not otherwise recognize that they can and should contribute to the future of technology,â€ Bryant said in a statement.

Homing from Work: The Solution to the Ever Elusive Work Work Life Balance

From Passion to Nonprofit: How to Start a Philanthropic Organization