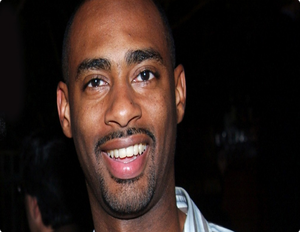 One of Hollywood’s most powerful black agents is taking on a new entrepreneurial endeavor. Â Charles King is leaving his position as partner and motion picture agent at William Morris Endeavor to form MACRO, a startup that will focus on developing content for multicultural audiences, according to The Hollywood Reporter. The Los Angeles-based firm initially will focus on developing and distributing feature films, TV series and digital content targeting African-American, Latino and multicultural markets.

Named by Black Enterprise as one of the “Top 50 Powerbrokers in Hollywood,â€ King, 45, is noted for an impressive client roster of A-listers that includes Tyler Perry, Oprah Winfrey, and M. Night Shyamalan. The first African-American partner at WME, King told The Hollywood Reporter that he’s always had an eye for starting his own media firm and now the timing is right. “There is a need for a vehicle like this,” he said. “It will make a statement and provide an outlet. I want it to blaze a road for others to follow much like what I’ve done already in the agency world.”

MACRO’s goal is to focus on audiences that have long been underserved by the traditional entertainment industry. “I’ve been sitting in these rooms for the last 15 years. The studios aren’t focused on it; the packagers aren’t focused on it,” King added. “There’s a huge void and a huge opportunity.”

He pointed to the lack of capital available to minority-focused filmmakers and says he’s looking to change that with MACRO, which will leverage crowdfunding platforms and co-financing to target films that range from “artistically inclined independents” in the $1 million to $3 million budget range up to $20 million projects. He notes such films as Barbershop, The Butler and Ride Along as examples of the types of projects he hopes to produce.

King reportedly already has lined up projects from filmmakers Ryan Coogler (Fruitvale Station) and Craig Brewer (Hustle & Flow). Both were represented by King at WME. Brewer, whose films which feature predominantly African-American casts have been hard to sell to studios, credited King with helping open doors for him.

King, who has helped fund more than a dozen startups as a part-time angel investor, also has ambitions to expand MACRO to include investing in and incubating new technologies and lifestyle brands. In addition, he is exploring setting up a multichannel network that would curate content for multicultural audiences. He cited Russell Simmons’ All Def Digital and Latino-focused MiTu as examples of MCNs making strides in that arena, but says the marketplace is hungry for more of that content.

Also according to The Hollywood Reporter, King has brought on advisors including Netflix content chief Ted Sarandos and Citibank head of corporate and investment banking Raymond McGuire to help him with the company’s long-term ambitions. He is also in the process of assembling a team of film, television and digital executives.

Recognizing the Signs of a Money Disorder