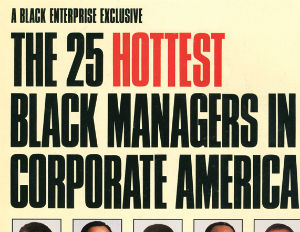 BE reveals “America’s Hottest Black Managers,â€ an exclusive roster of the 25 highest-ranking African American corporate executives of the nation’s largest public companies. The list, however, didn’t include any CEOs or a single woman. Since that time, we have produced the roster five times as African American senior managers grew in number and influence.

Today, there are eight CEOs of large publicly-traded corporations among our list of 100 top execs — including American Express CEO Kenneth I. Chenault, the youngest member of the 1988 group. Rihanna and More Win Big with Sales Increase After Grammy’s