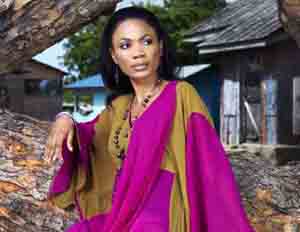 There are always lists of professionals who embody leadership and excellence promoted in mainstream media, bringing prestige, pride and sometimes added scrutiny, especially when minorities are omitted or excluded for whatever reason.

Well, I was more than happy to read a recent list lauding 40 African women leaders on the continent and in the diaspora by The AWP Network, a Web platform and global movement that offers African entrepreneurs business resources, educational tools and community support.

“The AWP Network Power List” includes several leaders who have received global recognition from both mainstream and minority media outlets, but also includes a diverse list of other women who may be under the radar but exemplify excellence in leadership and advocacy. Each serves as inspiration and motivation for all power women on the come up.

Check out a few notables from the list, as detailed by The AWP Network, and be encouraged to push for your own global boss moves as power women on the rise:

Omobola Johnson (Nigeria) — Early in the year, AWP Network founder, Mary Olushoga wrote an article asking if African Female Techpreneurs are Lagging Behind? and what should be done to ensure the inclusion and participation of girls in ICT. Honorable Omobola Johnson takes ‘person of the year’ because by the end of the year, she took action and used her very influential position to create programs and policies that will ensure that Nigerian girls become active participants in the ICT sector by launching the ‘SmartWomen Initiative’ and the ‘1000 Girls in Training’ program.

Leymah Gbowee (Liberia) is a peace activist and winner of the 2013 New York Women’s Foundation Century Award. Gbowee is a Nobel Peace Prize winner, and peace activist responsible for leading the women’s peace movement that helped to bring an end to the Liberian civil war in 2003. Currently, she is the Executive Director of Women Peace and Security Network Africa.

Ngozi Okonjo-Iweala (Nigeria) is Nigeria’s first female Finance Minister and currently Coordinating Minister for the EconomyÂ and Minister of Finance. She isÂ Founder of the NOI-Gallup Polls and Centre for the Study of Economies of Africa (C-SEA). Okonjo-Iweala is also co-founder of the Makeda Fund and chairman of the Nelson Mandela Institution.

Chimamanda Ngozi Adichie (Nigeria) Â is one of Africa’s most successful writers who has succeeded in attracting a new generation of readers to African literature. In 2013, Adichie published her third novel, Americanah.

Funmi Iyanda (Nigeria) is an award-winning journalist and gay rights activist. Iyanda Â produced and hosted Nigeria’s most popular and authoritative talk show ‘New Dawn with Funmi.’ In 2004, she conducted Nigeria’s first interview of an openly gay man on national television. Recently, she was honored by Babatunde Raji Fashola, Lagos State Governor for her commitment to gender advocacy.

Rita Dominic (Nigeria) is an award-winning actress, fashion icon, philanthropist, and co-founder of The Audrey Silva Company.Â This year, her company released the filmÂ The Meeting, which received six (6) nominations at the 2013 African Movie Academy Awards.

Amini Kajunju (Democratic Republic of Congo/New York) is the first African woman to serve as president of the Africa-America Institute, an organization promoting engagement between Africa & America through education, training, & dialogue.

Lorna Rutto (Kenya) is an innovator, social entrepreneur, and founder of EcoPost, a company that specializes in environmentally friendly solutions that save the environment from deforestation, pollution, and creates jobs for marginalized communities.

Saran Kaba Jones (Liberia/Boston) is founder of FACE Africa. Early this year, FACE Africa launched an ambitious new initiative to provide complete water coverage to the entire county of River Cess, one of the most marginalized regions in Liberia, under-served in water and sanitation and least likely to be served through the efforts of government and other agencies.

Ola Orekunrin (Nigeria) is an innovator and a 2013 New Voices Fellow at the Aspen Institute. She is a TED fellow, medical doctor, helicopter pilot, Â and managing director of the Flying Doctors Nigeria Ltd, West Africa’s first indigenous air ambulance service and a crucial link for critically injured people.

Vivian Onano (Kenya) is a Moremi Initiative fellow, a ONE Campaign Congressional District Leader, a UNA-USA campus advocate, and a Half the Sky Movement Campus Ambassador. Vivian has participated in a number of global international development gatherings, including as a panelist at the Clinton Global Initiative, the Clinton Global Initiative University, and CARE International’s conference on the policy agenda to unlock the power of girls.

Lists like this remind us all to continue to support one another, push for better in our lives and careers and strive to continue to fight for recognition of our greatness. Keep the trend going ladies.

How Richard Horton Made the Transition from Musician to Insurance Sales