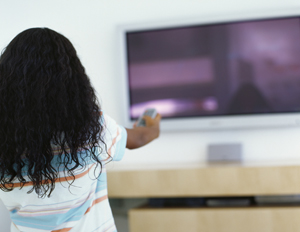 For most, the summer presents the opportune time to be out and about traveling, catching rays, and exploring the city. There are many of us, however, who also have great appreciation for nice, lax, summer home entertainment.

For years and years, being entertained at home proved to be difficult during the summer time, as there was never anything entertaining to watch.

My, how times have changed. This 2016 Summer is packed with shows that not only you’d want to watch, but you may need to. If there ever has been a time where joy and laughter is deemed necessary, that time is now.

BlackEnterprise.com has got you covered. (Note: This list is not ordered by show favorites, it is ordered by release dates.)

The Queen of Bounce, Big Freedia, returns with Season 5 of sheer entertainment as she shares her family, love, journey to stardom, and, of course, the New Orleans bounce movement.

Oh, man—you’ve heard the O.J. Simpson story, I’m sure–but never quite like this. The documentary explores two of America’s greatest fixations—race and celebrity—through the life ofÂ O.J. Simpson. It’s not too late to catch this five-part mini-series.

A revival of the 1956 panel game show, this show is hosted by the hilarious Anthony Anderson, andÂ features a panel ofÂ celebritiesÂ whose object is to find out which contestant is telling the truth about their job, talent, or achievement.

Piper is still in prison, things are still insane, the ladies are still at each other’s throats and there are still things that will make your jaw drop. I won’t ruin it for you here, but OMG.

Lynn Whitfield, Keith David, Merle Dandridge, and Oprah Winfrey star in the new television drama uncovering the lies and secrets of the Greenleaf family, the first family of one of Memphis’s most prominent mega-churches. Trust, this is not to be missed.

Please don’t tell me you’re out of the loop with this one. In case you are, Power is the mega-hit, everyone on Twitter watches at the same time, oh-no-he-didn’t show starring Omari Hardwick, Tommy Egan, Curtis “50 Centâ€ Jackson, and Naturi Naughton. It follows drug dealer Ghost, played by Hardwick, and dangerously explores the price of power, success, family, and love. “This season of Power is the most dangerous, scary and exciting one yet!,â€ says Naughton. “The characters you once loved, may now be the characters you hate! The relationships are broken and you don’t know who to trust!â€

Based in the 70’s, The Get Down follows a group of teenagers as they run wild in the streets of the Bronx in New York. Hearing great things about this one—fingers crossed it lives up to the hype.

That should be enough to keep you busy until fall. Check these shows out, and let us know what you think.

SCOTUS Abortion Ruling: What You Need to Know