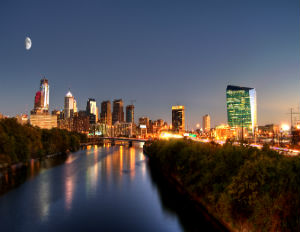 Looking for an under the radar vacation destination? Lonely Planet, an online travel media company, revealed its annual best places to go in the united states. The list gives travelers in search of a hidden gem, a diverse mix of cities, regions, and states across the country.

In a statement released by Lonely Planet, first up is Philadelphia, recently recognized as the United States first and only World Heritage City. The city of brotherly love is experiencing a transformation to its urban core while retaining its deep American history and uniquely gritty flavor.Â Natchez, Mississippi, with hundreds of events planned throughout 2016, such as their annual hot air balloon raceÂ made No. 2 on the list.Â While the iconic Yellowstone National Park came in third place, recognized as the world’s first national park, established 144 years ago. Yellowstone’s biggest draw, the Old Faithful geyser, just got a new boardwalk, and gateway towns such as Gardiner, Montana, and Cody, Wyoming, are all geared up to accommodate the millions of visitors expected while the U.S. National Park Service celebrates its centennial this year.

“The Best in the U.S. list, now in its 6th year, is a handpicked list selected and ranked by US-based editors and travel writers at Lonely Planet. It highlights the top 10 most exciting, intriguing and up-and-coming U.S. destinations worth visiting in the year ahead.”

“These are the places to pay attention to in 2016,â€ said U.S. Destination Editor Rebecca Warren at Lonely Planet. “Whether they’ve been on the public radar for years or are only recently emerging as travel hot spots, each destination offers compelling reasons to visit this year.â€

List of best places to go in the United States

The list is available online at lonelyplanet.com, with accompanying articles to each destination. “Best in the US 2016 will also be featured in the second edition of the new U.S. Lonely Planet magazine, on newsstands March 24, 2016.”

Indulge In a Romantic Getaway For Two