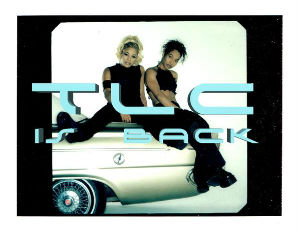 After taking more than a decade hiatus from the music business, Rozonda “Chilli” Thomas and Tionne “T-Boz” Watkins are ready to record their final TLC album, and this time they’re calling on their loyal fans to help fund the project.

Using Twitter to announce the launch of their Kickstarter campaign, the living members of TLC have already raised over $60,000 within a 24-hour time span.

“We wouldn’t dream of making our final album with anyone BUT our fans. Come on y’all, BE A PART OF TLC HISTORY!” writes Chilli and T-Boz on their campaign page.

With a promise to produce timeless music that their fans can relate to, it’s clear that the band members are also committed to being business savvy with the production of their last album. With the financial troubles they endured early on in their career with record label contracts and management, it’s evident that the now grown up Chilli and T-Boz are ensuring they have 100 percent ownership rights to their final project.

“While major labels offer artists multimillion dollar recording and marketing budgets, they don’t often give artists complete control of their music” said the R&B group. “It is ESSENTIAL that we create our final album completely on our own terms, without any restrictions, with YOU.”

The group’s final project will be their first album done without their third member Lisa “Left Eye” Lopes, who died in 2002 at the age of 30.

“This final album will be the first studio album by the two of us,” wrote Chilli and T-Boz. “Of course, Lisa’s spirit will always be present in our music. That will never change.”

In addition to launching their Kickstarter campaign, the group is also planning to tour with New Kids on the Block and Nelly this summer, further proving that they’re ready to put their name back on the music charts.

To show your support for TLC’s final album, head to their Kickstarter page and help them meet their $150,000 goal by February 19th.