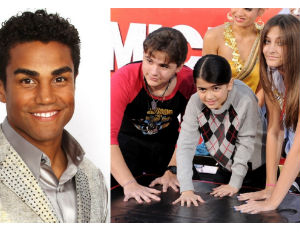 Although Tito “TJâ€ Jackson, was granted co-guardianship of Michael Jackson’s three children–alongside his grandmother, Katherine Jackson–back in August of last year, Tito claims he doesn’t have enough money to continue supporting the children on his own.

“The Executors of MJ’s Estate are asking the judge to give TJ a reasonable amount of money to keep the ship afloat,â€ says TMZ.

Reports claim that Jackson spends 40 hours per week caring for his uncle’s children, in addition to three kids of his own. The legal documents filed by the Estate say, “TJ has been extremely devoted to Paris, Prince and Blanket since MJ’s death,â€ but since taking on his role as co-guardian he hasn’t received any compensation for his efforts.

For Tito to maintain guardianship, the Estate has requested the judge allow TJ to receive $9,000 per month–dating back to when he obtained custody. Without the money, TJ “may not be able to continueâ€ caring for the children.