4 Keys to Sparking Expansion For Your Tech Company - Black Enterprise 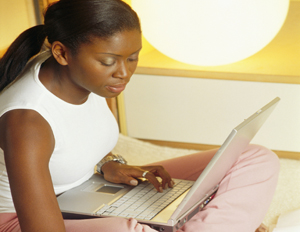 Clarence Wooten made his millions years ago. His claim to fame goes back to his 20s, when just after sevenmonths of launching Â ImageCafe.com, it was acquired for $23 million by Network Solutions. He’s driven three startups to success, founded the self-serve SaaS platform Groupsite.com which powers over 50,000 branded online communities, and in 2013, he created Progress.ly, a tool to bring projects and processes together. Â A panelist at the 2014 Black Enterprise Entrepreneurs Conference, Wooten talked to Black Enterprise about how to stand out in the tech industry.

BlackEnterprise.com: If you had to break down what’s helped you maintain in the Tech business, what would you say?

Clarence Wooten: When I think back to what’s made me successful or at least helped along the way, I could point to a few things.

2. Focus. And focus is really the hardest part. I’m still not quite sure, because there are a lot of changes as far as what’s being done. But focus is key because you have limited resources. You have limited capital. So you need to channel them like a laser to build something that matters.

3. Persistence . There are a lot of entrepreneurs in business who tend to be successful. They know that no doesn’t necessarily mean no, because persistence will cover for a lot of things that may not be there.

4. Luck. The last is luck. But I believe you create your own lick. Luck meets opportunity meets preparation. So if you’re prepared and timing is right, things will fall into place for you. So it really is you were ready for the opportunity and ready to talk advantage of the time.

You found your success young. What makes things easier for you today than they were in the past?

Part of why I moved to Silicon Valley is because I could really see the future here. If you’re building a tech startup 16 years ago, back then I t took 30 engineers, $3 million to build. Now? You can build the same thing in the same amount of time with four engineers, because of the technology. It’s so much cheaper to launch a startup and build an app. But because of that, you’ll seen a one hundred times more apps in the market and it’s more competitive to gain traction and be noticed. But we live in a world today where everyone is walking around with a mini computer in their pocket. Everyone has a super computer in their pocket and everyone has credit card on file. And it’s why companies have been able to grow so rapidly, the opportunity to build a business from 1- millions of dollars in a few short years. Instgram or Snapchat, everybody’s connected. So with that, I think it’s a fantastic time to be an entrepreneur.

How does one standout with all of the apps crowding the marketplace?

Building it is no longer the hard part. So the hard part is nailing it. I say you gotta build it first, nail it second, scale it third. Nailing it is ….until you find a small group of people who love what you built and you’re able to find it and make sure it’s awesome to them, it’s probably not going to grow. So focus your attention on a small group of people who love your product. Pinterest for example, it took them years to figure out who their true market was. They had to do a lot of grassroots type of things to find out. They found out housewives in the Midwest. They focused on that audience. So they mushroomed. So that’s the approach you have to take when building.

What’s the key to success?

For me, I still have a chip on my shoulder. I don’t think I’m successful yet. I measure myself by different standards, by silicon valley standards. They measure by billions and not the millions. And as long as I keep that attitude, I never completely realize that I experienced success. Don’t get me wrong, money is part of the equation. Success can be measured in a lot of ways, but as an entrepreneur, you continually measure your success by the size of your bank account. And there’s always someone with a bigger bank account.

The 2015 Black Enterprise Entrepreneurs Conference + Expo hosted by Nationwide, May 13-16, at the Hyatt Regency Atlanta. Expect innovative sessions, high-powered speakers, and an early peek at the products, trends, and services you’ll need to stay ahead of the curve. Be sure to enter our Elevator Pitch Competition to qualify for the $10,000 grand prize. To register and find out more, visit dev.blackenterprise.com/ec/<http://dev.blackenterprise.com/ec/>