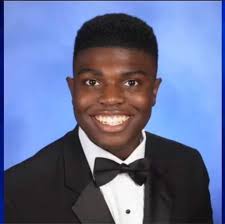 The headline is not a typo. Timi Adelakun has become the first black valedictorian of South Broward High School in Hollywood, Florida, and has the highest GPA ever recorded at the school.

According to Yahoo News, Timi Adelakun, whose parents were born in Nigeria, finished his high school career with a 5.604 GPA. Adelakun said school officials alerted him of his potentially history-making grades long before his senior year, which kept him driven.

Adelakun added that his accomplishment means more when he thinks about where he came from.

“Coming from a low-income community, it means a lot in general because of the way I was brought up,” he told ABC News.

Adelakun, was accepted to nearly a dozen colleges, including Columbia University, the Juilliard School, and the University of Southern California. However, he will attend Pomona College, a private liberal arts college in Claremont, California.

Adelakun says Pomona not only offered him a full scholarship but also provides everything he’s looking for in an overall college experience. Adelakun will deliver a speech during South Broward High School’s virtual ceremony in June but said his speech isn’t quite finished. He did say his speech will provide “some positive reinforcement” for the class of 2020 in wake of the coronavirus pandemic.

One person who Adelakun will miss dearly at his ceremony is his father. Adelakun did not reveal his father’s name but did say he lived in the U.S. for roughly 28 years after coming to the country as a student in 1981. Adelakun’s father was deported more than 10 years ago when he was just starting his educational career.

“He left when I was in the first grade. … I miss his physical presence and involvement,” Adelakun told Yahoo. “He’s missed out and it’s not his fault. It’s not any of our fault.”

Adelakun is not the only one celebrating finishing high school on top. Identical twins, Arianna and Airelle Williams broke the internet last week when both sisters were accepted into 38 colleges each while raking in more than $1 million in scholarship funding. Nick Cannon, the host of Wild’ N Out graduated from Howard University with a degree in criminology. 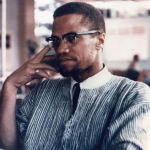