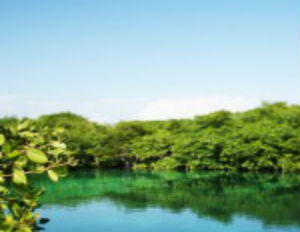 On a vacation in Mexico six years ago, Jessica Martinez and her husband took about two hours away from relaxing on the beach sipping margaritas to attend a seminar hosted by a team of salespeople, brokers, and executives. After listening to the sales reps pitch them the deal of a lifetime, they signed and became the proud owners of a time-share in a resort city.

The euphoria was short-lived when they realized later that the deal they clinched in their vacation paradise, the one they thought was too good to be true, turned out to be exactly that.

“They gave us this amazing deal which wound up not being an amazing deal because on the back end it wound up being a terrible mistake. People don’t know better. They go on this lovely vacation and these reps are like ‘come in, take this tour, we’ll give you this free and that free,’ but it’s all just lip service.”

Jessica and her husband are like thousands of couples across the United States roped into a time-share nightmare.

A time share is a rental program in which people share use of a property by dividing among themselves the rights to use the property, usually a resort or vacation property, for specific time periods. A developer splits the occupancy of each of the units into time-based intervals, usually a week.Â  Each owner of an interval receives the right to use a specific unit for a designated time period.

Over the course of the contract Martinez has paid between $30,000 and $40,000 in mortgage costs and fees on a property she has never visited or even used. Now that’s she’s fully paid up on her mortgage she’s stuck paying the maintenance, and no matter how hard she’s tried it’s been futile to get the property off her hands.

“It’s a loss, but I don’t want to keep paying annual membership fees when we don’t even visit the property. When I approached them about selling it off, that it was a hardship, they were like ‘sorry, you can’t get out of it, it’s yours forever.’ Now I’m stuck with these annual fees and maintenance which they can increase whenever they want.”

So how do people get drawn in?

The hook is the promise that you can use the time share at other locations around the world. A portal you can step into and enjoy a weeklong vacation at vacation paradise resorts across the globe. Martinez argues that that isn’t the case.

“It really isn’t because I was going to use it on a vacation to Aruba but then we were hit with daily fees. I wound up going on Orbitz.com and found out I could do the same trip for half the price. The trip would have cost me $3,300 with the time share but on Orbitz it cost me $2,000.

So where did such an attractive vacation ownership concept begin to go wrong?

The Sports Resume: How to Use Professional References