3 Jobs Everyone Should Have - Black Enterprise 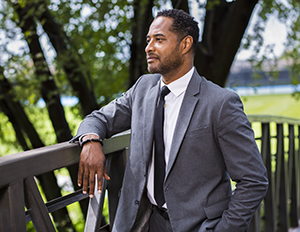 In one of my first jobs, I had a boss that, in reviews, told me my possibilities were limitless, but, at the same time, told others he was uncertain of my abilities. I later learned this contradiction was his way of making sure I wasn’t recruited off of his team. As soon as I realized his tactics, I resolved to get out of that situation as soon as possible. I set out on a job hunt and took the first one that had potential. The new position turned out to be the first of many that led me to the most rewarding work of my life.

Now, I won’t go so far as to thank that former boss, but my shock over the way he chose to represent me was the push I needed to transition to a new path. This formed an unexpected bridge from where I was, to where I needed to be. The jolting experience made me determined to lead my own teams with honesty and kindness.

You should never feel stuck, but if you do, let that be your motivation for change.Â If you’re going to look around, seek out these three experiences toÂ shape not only your career, but your humanity, too:

1. A Bridge That Gets You From Where You Are, to Where You Want to Be

My friend Dana, who was a teacher, wanted to open her own beauty and nail spa, but she had never worked at a salon. So what did she do? During summer breaks, she worked as an assistant at an upscale hair spa. She learned what it was like to be on the front lines of cosmetology and what separated exceptional service from mediocre service. This was Dana’s bridge to opening her own salon, which she did two years later.

What’s a bridge job and why do you need it?

Bridges are transitional, sometimes a little risky, and are intermediate by design. Sooner or later, you’ll want or need to make a move, and your bridge job will get you there. The key is being intentional and knowing exactly what you want to get out of it. Even if you’re not looking to switch industries, like Dana, you may need to build specific skills or knowledge, before you’re ready to make a leap.

Â 2. A Tunnel Requiring Your Reliance on Others

After years as a client services professional, I took a job in global operations. I was excited about the international travel and new business concepts I’d learn. About a month in, I realized this transition wouldn’t be easy, and I soon felt unqualified for the job I’d been hired to do. The team I worked with was generous with their support; I would have quit without them. I learned that it’s okay to depend on the people around me, and to extend more empathy when I’m the one with the answers. This role was also my introduction to project management–now a pronounced skill on my resume.

What’s a tunnel job and why do you need it?

When you’re in a tunnel, it’s hard to see the other side. You may question yourself and even ask, “Why did I take this job in the first place?â€

You may not know you’re accepting a tunnel job until you’re in it. Once you realize it, make the most of it, because, like the bridge, it’s just a transition.

Â 3. A Dam That Protects Others

When my friend Tanya became a people manager, she realized, for the first time, how her love of independence had distanced her from what was happening to the people around her. Tanya was promoted to lead a team at a time of acquisition; people were losing their jobs, and the threat was bringing out the worst in everyone. Tanya had to stand up for her employees when performance decisions were being made and be candid with those that needed constructive feedback. Tanya’s strength and honesty covered her team during one of the biggest layoffs in her company’s history.

What’s a dam job and why do you need it?

At some point, everyone should lead and take care of others. Your dam job is the one in which you’re required to protect the people around you. Like a dam, leaders push back on outside forces that try to hinder the progress of their team. Whether appointed by title or circumstances, dam roles will reveal more to you about yourself than almost any other job could ever do. Â

Is it time for a change and do you need a bridge to transition? Do you crave a new skill but need to rely on the insight and support of a team? Are you ready to stand in the gap for others?

Every job will have significance and contribute to your overall path—even when it doesn’t seem obvious. So whatever bridge, tunnel or dam you’ve reached, carry the resulting wisdom, empathy, and skills with you at work and into the rest of your life.

Natasha Miller Williams is vice president of diversity and inclusion for Nielsen.Â Connect with her on LinkedIn,Â here.

5 Ways to Govern Your Office Romance

Golf and Tennis Challenge: Day 1 Down, a Weekend of Fun to Go

Natasha Miller Williams is Vice President, Diversity and Inclusion for Nielsen. In this role, Natasha leads talent management and diversity initiatives to develop and maintain a diverse and inclusive workforce. Natasha graduated from Northern Illinois University in DeKalb, IL, where she received her Bachelor of Science degree in marketing. She is currently pursuing her Executive Master of Business Administration degree from the Jack Welch Management Institute. Natasha lives in the Chicago-area with her husband and sons.