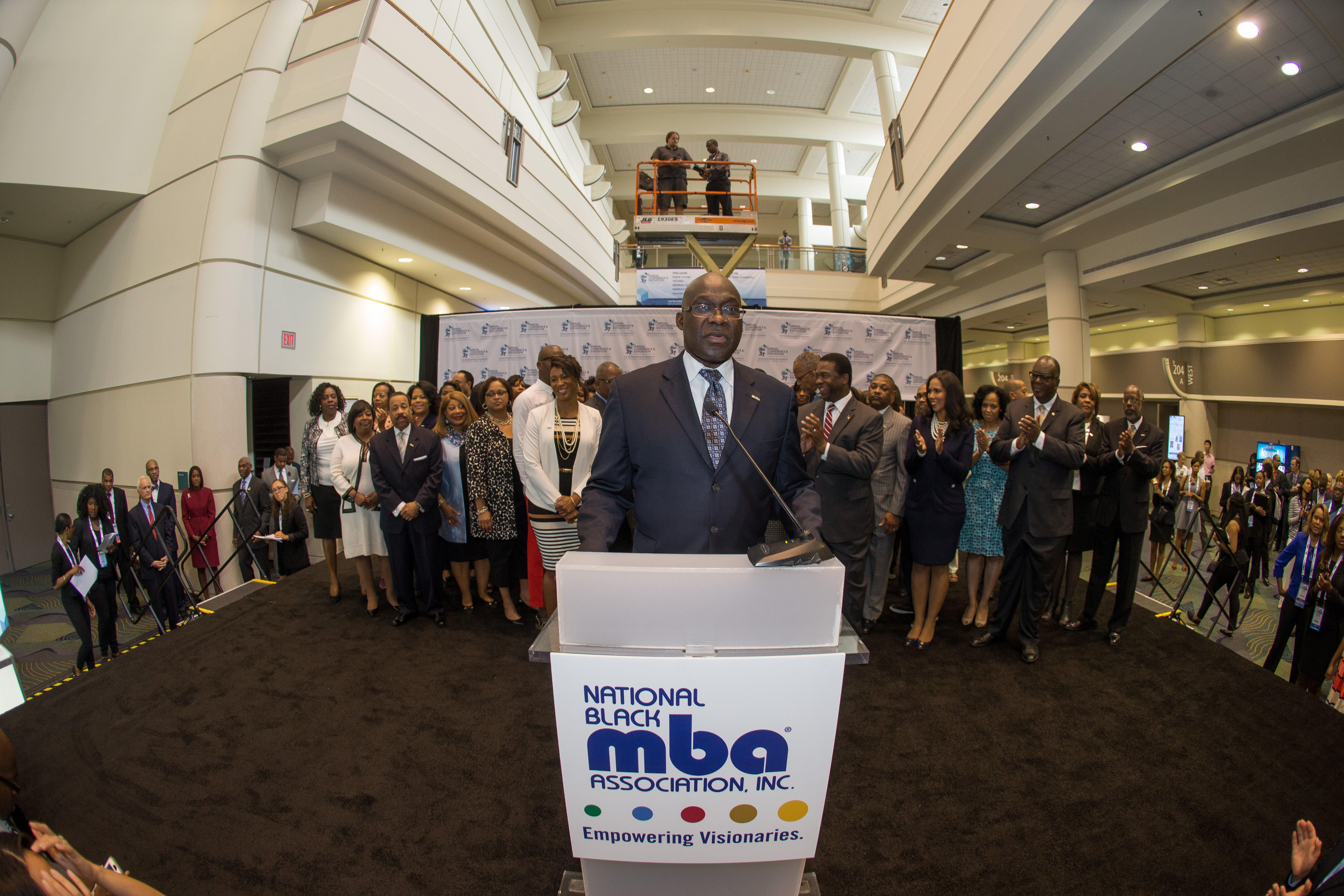 “We are honored that this year’s conference in Orlando will host such a distinguished group of business titans, corporations, professionals, leaders and members who embody the mission of our organization,â€ said Jesse J. Tyson, President and CEO, NBMBAA. His words were synonymous with the more than two dozen speakers at the conference who taught each attendee about leadership, leading a visionary and promising lifestyle, and affecting change within the world.

Stephen M.R. Covey kicked off the conference at the Institutes Breakfast and inspired attendees with a quote to remind them to build trust as they pursue professional and personal relationships: “Trust is the new currency for our collaborative world.

Speakers came from multiple industries, including banking, pharmaceutical, technology and consulting. Noted speakers included Lisa Nichols who had the crowd screaming, “Yes! Yes!â€ during her session Success by Design: A Blueprint to a Better You. And Don Thompson, former CEO of McDonald’s who delivered the keynote for Thursday’s luncheon, was interviewed by Gale V. King, Executive Vice President and Chief Administrative Officer at Nationwide Insurance. Thompson encouraged attendees to find a mentor, but more importantly, urged mentors to raise the bar. Film producer Will Packer, who was interviewed by actress Nicole Ari Parker during Friday’s luncheon, which was sponsored by Georgia-Pacific, left attendees with the quote: To reach your highest point, you must fail first.

In addition to the presentations and speakers, attendees participated in a career expo, which featured 250+ companies and 75 university partners who were actively recruiting talent. Guests also enjoyed activities such as contests, challenges, think tank sessions and, of course, an incredible amount of learning and engagement opportunity. The CVS and Facebook networking receptions were a huge hit amongst the guests.

There were numerous winners at this year’s conference, including Amos Winbush, III, CEO of CyberSynchs who won the CEO of the Year award. Blendoor founder Stephanie Lampkin, who won the Innovation Whiteboard Challenge, walked away with gifts including $10,000 cash, an iPad, and a trip sponsored by Marriott. The Graduate Case Competition, sponsored by Fiat Chrysler Automobile, announced Georgia State as its winner. After all of these phenomenal accomplishments, the event closed with the MBA Live concert, sponsored by PepsiCo., that featured T-Pain, Uncle Luke, and DJ Khaled.

“Our conference serves as a catalyst that creates innovation and development opportunities,â€ Tyson said. “It aligns with the NBMBAA mission of advancement that challenges our members, our partners, and conference attendees to think beyond theories and chart new professional and personal paths.â€

In celebration of its 45th anniversary, the NBMBAA launched a $1million LOT Endowment Fund campaign to help improve the scholastic opportunities for its high school mentoring program.Â  The fund is supported through charitable donations from NBMBAA members, partners, friends, and advocates. A very special mission of the fund is to send a thousand youth to college at little or no expense to the student and their family. You can learn more about NBMBAA Conference, as well as become a member and donor for the association, by visiting http://www.nbmbaa.org/donations/#.