This Week's Highlights: The Best and the Brightest 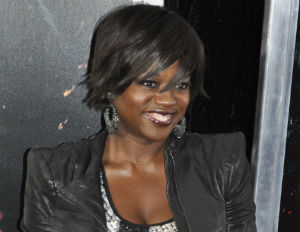 With so much going on in the world, who can keep up? BlackEnterprise.com has you covered, with a round-up of this week’s highlights and top trending stories in news, money, career, small business, lifestyle, tech, and education.

News
This week in news, Empire creator Lee Daniels was sued by Actor Sean Penn, claiming that Daniels defamed him in a recent interview, and things got a little heated in Hollywood. Penn states that he was falsely accused of hitting women, by being likened to Empire star Terrence Howard. Read the full story here.

Money
Pope Francis made his first official visit to the U.S. this week, grabbing headlines and attracting attention from all over the world. Now, he is inspiring investors to adopt biblical principles on climate change. Also in money, a new report surfaced by Nielsen, showing the number of black immigrants in the U.S. has more than doubled since 1980, to a booming 3.8 million. It’s estimated from the research that by 2060, 1/6 U.S. blacks will be immigrants.

[Below: Watch Video of the Pope in New York City]

Lifestyle
On Sept. 20, Viola Davis became the first African American to win an Emmy for Best Actress in a Drama, causing the nation to focus their attention on black women in the film industry. Taraji P. Henson also talked about Davis’ historic accomplishment on the Ellen DeGeneres Show. Read ‘5 Lessons We Can All Learn from Viola Davis’ Emmy Awards Acceptance Speech’Â here. After Davis’ big win, there has been heightened interest in black women and leading roles. The latest article The Power of Black Women in Fandom discusses the power of viewers, in telling compelling stories that resonate with many people.

Tech
In the world of tech, Mary Farrow created Gramsly, an online platform allowing you to send customized care packages to anyone aged 50 or older. The Harvard/MIT grad was inspired because of her strong relationship with her grandparents. Now, she uses Google to build a customer base, where 90% of customers make repeat purchases. Read the full article here.

Education
This week in education news, HBCU teams are forming to compete for prizes at the Black Enterprise TechConneXt Summit Hackathon. Teams will be designing a personal finance app, targeting young college students and professionals. Read more here. Another hot topic was whether or not you should enroll your high school student in a foreign exchange program. According to a MetLife Survey, 65% of Fortune 1000 executives think that knowledge ofÂ other nations and cultures and international issues are very important or absolutely essential to be ready Â for college and a career — including about 2 in 10 who consider it to be absolutely essential.â€ Read more here.

Do not miss the inaugural Black Enterprise TechConneXt Summit. Grab your resume, your growth-mindset, and your most innovative ideas and be at the Hyatt Regency Santa Clara, Santa Clara, California, October 12-13. Â Register now.

For more information on the TechConneXt Summit visitÂ http://dev.blackenterprise.com/events/techconnext/. Follow @blackenterprise on Twitter for updates and tech news.

What are your thoughts on this week’s stories? Share with us below in the comments section.