This Day In History: First Black Woman to Receive an M.D. 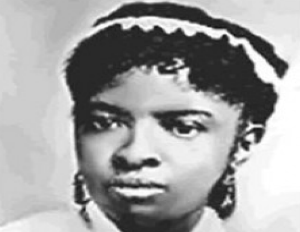 Rebecca Lee Crumpler was born free in 1831 in Delaware, and was raised by her aunt in Pennsylvania. Growing up, her aunt quickly became her inspiration, as she attended to neighbors when they were sick and was compassionate in providing health care to others. Throughout the 1850’s, Crumpler worked as a nurse in Massachusetts, and after being noticed by supervisors early on, she was recommended the New England Female Medical College in Boston, where she attended classes and graduated on Feb. 24, 1864, becoming the first African American woman to receive a Doctorate of Medicine degree.

Dr. Crumpler worked as a general probationer in Boston for various families, and at the end of the Civil War in 1865 she relocated to Richmond, Virginia to treat the newly freed slaves who needed urgent looking after. Crumpler’s loving nature and generous reputation was widely recognized in the black community for years. She returned to Joy Street in Beacon Hill, Boston with her husband in 1869, where she spent the rest of her days providing help and nutritional advice to impoverished women and children. She also published the Book of Medical Discourses in 1883. Crumpler passed away in 1895, but her achievements and legacy live on forever, remaining an idol and a role model for black physicians, women, and aspiring children, proving anything is possible with hard work and discipline.

In her honor, two women doctors founded the Rebecca Lee Society in 1989, which is committed to supporting black women physicians.

Must Reads: 3 Fabulous Books to Inspire Fashion and Design Professionals