This Day in History: First African American to Walk in Space 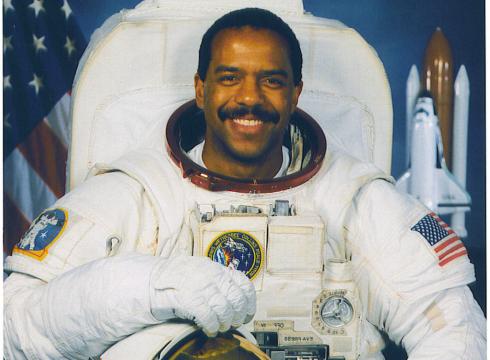 On this day in 1995, Bernard Harris Jr. became the first African American to walk in space. After logging 198 hours and 29 minutes in space and completing 129 orbits, he traveled more thanÂ 4 million miles total throughout his career as an astronaut.

Harris was born in Temple, Texas, on June 26, 1956. He graduated from high school in San Antonio, and later went on to receive a Bachelor of Science from the University of Houston. He earned a doctorate in medicine at Texas Tech University in 1982. He also earned a master’s in biomedical science from the University of Texas Medical Branch at Galveston in 1996. Harris has won numerous awards and honors including the 1996 Honorary Doctorate of Science, Outstanding Young Men of America in 1984, the University of Houston Achievement Award in 1978, the National Research Council Fellowship in 1986 and 1987, and many, many more.

Harris joined the NASA Johnson Space Center as a scientist and flight surgeon after completing his fellowship in 1987; he held the title of project manager. He was selected by NASA in January 1990 to become an astronaut, and he qualified for a space mission. During his time on flight STS-63 that departed Feb. 2, 1995, and returned Feb. 11, he made by becoming the first African American to touch down and walk in space. He left NASA the following April; he is currently the President and Founder of the Harris Foundation, supporting math and science education for America’s youth.

[Related: This Day In History: ‘Home Run King Is Born’]

On the Move: UniWorld Group and Combs Enterprises Announce Promotions