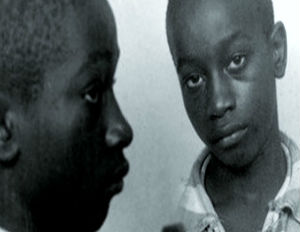 George Stinney was 14-years-old at the time of his execution in 1944. 70 years ago, in the small town of Alcolu, South Carolina, the young boy was killed via means of electrocution. Stinney was so small that he had to sit on a stack of books in order to fit on the electric chair. Yesterday, According to NBC, Judge Carmen Mullins threw out the murder conviction.

The African American teen was convicted of the murder of two young white girls. Allegedly, he had beaten 11-year-old Betty June Binnicker and 8-year-old Mary Emma Thames to death. Back in day, the white and black neighborhoods of Alcolu were divided by railroad tracks. The girls were last seen riding their bicycles on a search for flowers. Upon passing the Stinney property, the girls asked George and his sister Katherine if they knew where to find “maypops,” a type of local flower. Several hours later, when they didn’t return home, they were announced missing, prompting the police and hundreds of locals to organize a search party. The two girls were found dead the following morning in a ditch, with severe head wounds caused by being hit repeatedly with a railroad spike.

George Stinney was taken into custody the following day, where he would await an 81-day confinement period. The trial itself was all of one day. Since the Supreme Court didn’t guarantee the right to counsel yet (it was passed in 1963), Stinney was questioned in a room by himself, without his parents or an attorney present. His father fled town after being fired from his job and was forced to abandon his son and family under the threat of being lynched. The only evidence, or a lack thereof, against the young boy was from the three police officers who testified that he did indeed admit to the killings. There was no physical or DNA evidence pointing to Stinney, who received a guilty verdict after the speedy two-hour trial, with no witnesses. At 7:30 p.m. on June 16, 1944 Stinney was executed. He held a Bible under his arm when walking into the execution. He stood 5 foot 1 inch at just over 90 pounds at the time of his death, which took all of four minutes. Witnesses reported that the over-sized mask actually slid off the boy’s face during the horrific moments, which exposed his wide-eyed, tear-stricken face to the crowd.

The case was reopened in 2004 by George Frierson, an Alcolu native andÂ local historian. He joined lawyers Steve McKenzie and Matt Burgress to file for a motion for a new trial in 2013. They successfully completed this on Dec. 17, 2014, leading to Stinney’s name being cleared. There have been several films and books about the case that point to Stinney’s innocence throughout. David Stout’s novel Carolina Skeletons was adapted into a movie with the same title in 1991. Pleroma Studios is in works to create the film 81 days, produced by Ray Brown, to show the world what really took place during Stinney’sÂ prosecution.