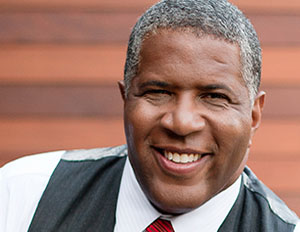 In 2007, Vista Equity Partners (No. 1 on the BE Private Equity list with $6.6 billion in capital under management) acquired Tucson, Arizona-based Sunquest Information Systems Inc. for $327 million—$200 million in equity and $127 million in debt. A provider of clinical and financial software for the healthcare industry, Sunquest had generated $147 million in revenues with margins of greater than 30% at $46 million EBITDA (earnings before interest, taxes, depreciation, and amortization).

The problem was that while Sunquest’s technology was used in more than 1,200 U.S. hospitals and commercial laboratories and at more than 60 customers in Canada, the UK, Europe, and the Middle East, the company’s sales and EBITDA had been declining for years. As a result, Vista was able to acquire the company for what company CEO Robert F. Smith considered a bargain.

By applying its proprietary operating principles (the details of which were not fully disclosed), Vista turned Sunquest around. In two years, Sunquest’s revenues increased to $185 million with $100 million in EBITDA. Four years later, revenues grew to $200 million with $120 million in EBITDA. Vista ended up selling Sunquest to Roper Industries, a provider of engineered products and solutions, for $1.4 billion, a return of more than 400% on Vista’s initial investment. “We’re not guessing. We’re not stock picking. We’re not placing bets,â€ says Smith. “We have designed a system that we use to give us a predictable outcome.â€

Boosting performance and adding value are two of Vista’s core principles, and its numbers back it up. EBITDA for the firm’s portfolio companies tripled over the last five years. Even during the Great Recession from 2008 to 2009, earnings for Vista’s portfolio companies increased 29% from 1.7 to 2.2 times. Because of its impressive performance and growth, and its portfolio of software and software-enabled companies ranging from $20 million to nearly $1 billion in revenue, Vista has earned recognition as Black Enterprise’s Financial Services Company of the Year for 2013.

Black Blogger Month: ’83 to Infinity, An Interactive Way to Keep Your Hair Flowing