The Secret to Their Success - Black Enterprise 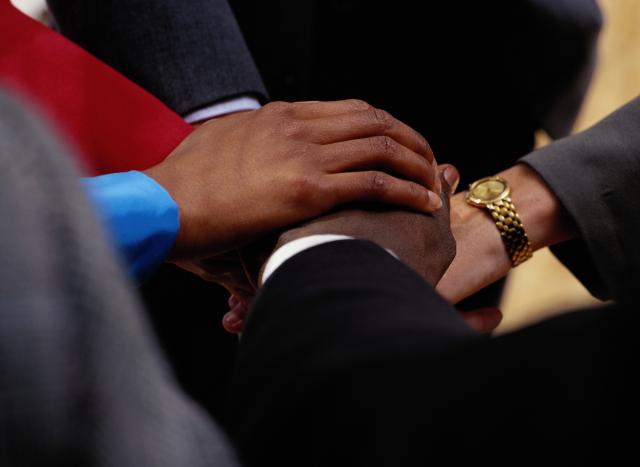 Phyllis Holly-Ward and her husband, Jorey Ward are enjoying the fruits of responsible money management. The Trenton, New Jersey, couple are a modern-day success story: a six-figure savings account; two self-sufficient college graduate sons, William, 29, and Phillip, 28; and, including their sons’ properties, an estimated $1 million worth of real estate. What’s their secret? The Wards manage their household finances like a business.

The family holds meetings the second and fourth Tuesday of every month. “I’m the meeting queen,â€ says Phyllis, 44. “We sit down on a regular basis to discuss where we are with our finances and hold each other accountable. We’re not just a family, we’re a team.â€

The Wards take their corporate approach seriously. For example, they compile and write quarterly reports to document their financial progress. “It’s got to be on paper, in black and white, not just in your mind,â€ says Phyllis. Jorey, 51, a corrections officer, says he values his wife’s financial discipline and credits her for keeping the family focused and on budget. “She keeps me on the right track,â€ says Jorey. He learned as a youngster that money was to be handled responsibly since there wasn’t a whole lot of it to go around: “I have seven brothers and two sisters, so I learned at a young age the importance of being disciplined with money.â€

Today, there’s no scarcity of cash in the Ward household——the couple have a combined income of $170,000. Even so, one of the keys to the Wards’ success is Phyllis and Jorey’s careful management of the money they earn. Phyllis says, “I track how much I spend. I manage my bills. I try to dedicate a minimum of five hours a month to keeping track of my money.â€

The couple, who married in 2005, make sure they always remain of one mind when it comes to finances. This proved helpful when they worked together to save $10,000 to come up with the down payment for the four-bedroom, two-bath home they bought for $139,000 in 2004. They also beefed up their savings account by living on one income.
Although Phyllis is fiscally fit now, her road to success wasn’t without speed bumps. She says she grew up poor, often eating one meal a day. She and her three sisters survived on welfare in north Trenton, a formerly vibrant middle-class melting pot later ripped apart by race riots and a mass exodus of white residents in 1968.

As a young adult, Phyllis was determined to rise above her circumstances. She pieced together an income from low-paying jobs, such as delivering newspapers and selling Avon and Mary Kay cosmetics. Her humble beginnings motivated her to start Success Links L.L.C., a 6-year-old financial, personal, and business development company based in Trenton. Phyllis serves as the company’s president and Jorey is director of sales and promotions. The organization encourages financial literacy through workshops held throughout the year, such as “Marriage and Moneyâ€ and “First Time Home Buyers.â€

Phyllis made an effort to pass on the lessons she learned about money to her children when they were young. She would bring her toddlers to the library to expose them to books while she studied the intricacies of the U.S. financial system. She also studied the lives of other people. “I paid attention to people who made money, but always seemed to be broke,â€ Phyllis says. “I just tried to do the opposite. It made no sense to me to live in the projects and have a Cadillac parked outside.â€

As soon as William and Phillip began working, Phyllis taught them how to write out checks and how to pay bills. As a family, the Wards would organize the budget together, divvying up the money for utilities, rent, and other bills. “She was very clear and stern, always asking us about how we spent our allowances,â€ William recalls of his mother.
With Phyllis as their example, William and Phillip excelled in school–and business. William now owns Holly Nance Property Solutions, a real estate firm in Trenton. Phillip inspects projects taken on by the JK Group Inc., a software developer and consulting firm for philanthropic enterprises based in Princeton, New Jersey.

In retrospect, Phyllis says her modest start in life prepared her for success: “Growing up poor made me want the opposite.â€Â  She says she is immune to the pressure of purchasing things she doesn’t need in order to impress others. She also says she’s never been late on a bill and has a credit score of 800. “My life feels like a dream right now,â€ she says. “I never imagined I could be this happy.â€

5 Ways to Build Your Budget