The Rise and Fall of the First Black Cover Girl 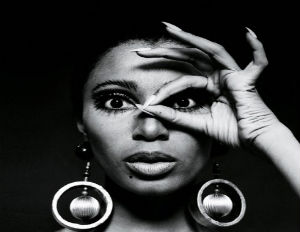 Donyale Luna is not a household name outside of the fashion world, but her contributions to the industry paved the way for those brown faces you do know. The leggy, owl-eyed beauty was discovered on the streets of Detroit, her hometown, in the early 1960s.

Luna’s early career was the stuff of dreams. She moved to New York at 18, became the first black model to grace the cover of Harper’s Bazaar andÂ British Vogue, rubbed elbows with celebrities and just generally led a fabulous life. But then, back home, her mother shot and killed her father in self defense and her world became one big swirl of drugs and alcohol. Â She died of an accidental drug overdose in Rome in 1979 at the age of 32.

Head to the Telegraph to read more about Luna, her story and her legacy.