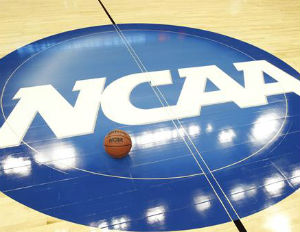 It’s no secret that sports is big business – from owners and executives down to the players, and it’s also no secret that college sports as the primary feeder into the pros has become, if not having always been, big business as well – narrowly missing the $1 billion mark in 2014. Big name university athletic departments regularly face sanctions by the NCAA, the governing body of college sports, for skirting the line in an attempt to gain any and every advantage before the game even begins.

[Related:Â  NCAA Says They Are Not Responsible for the Educational Quality of Its Athletes]

Aside from stockpiling the most talented athletes, and building state of the art training facilities, one thing colleges and universities do is hire top tier coaching talent. Aside from their minds and philosophies, which can make or break event the most talented roster – hiring the right coach can have an immutable effect on which players consider a program. In 2015, investing in the right coach is so much more than simples X’s and O’s; they need to represent the athletic program, and the university at large – becoming closer to a figurehead or celebrity. Of course, with so much responsibility, they don’t come cheap. Here’s a look at the five highest paid coaches in college basketball:

Former NBA player Billy Donovan has been coaching since 1989, and holding things down at Florida for 19 seasons. In that time, he’s advanced his team to the Conference championships eight times, and the Final Four four times. One of his achievements at the university, other than winning 60% of games coached, are the back-to-back national championships in the 2005-06 season, and 2006-07 season. Following the second title win, Donovan more than flirted with the idea of coaching in the NBA, accepting an offer from the Orlando Magic briefly before backing out of it. As of now, he’s decided to make the jump into NBA again and is slated to become the head coach of a returning Kevin Durant, a thriving Russell Westbrook, and a resurgent Oklahoma City Thunder – following the release of former head coach Scott Brooks. He’s reportedly accepted a $30 million multi year deal with Oklahoma City.

The highly decorated Bill Self has been coaching at the University of Kansas since 2003. In that time, he’s racked up 11 consecutive conference titles, two Final Four appearances, and won the national championship in 2008. At this point in his career, Self has been the head coach at four schools and won 75% of his games, which is a testament to his brilliant coaching mind. Notably, Self is one of three active coaches who have led three different teams to the Elite Eight of the NCAA Tournament; the other two coaches are Rick Pitino and John Calipari.

Coach Calipari has had perhaps one of the most diverse coaching careers of any coach in the NCAA. His career began as an assistant at the University of Kansas under hall of famers Ted Owens and Larry Brown, and has most recently seen him lead the perennial powerhouse University of Kentucky, with head coaching stops in the NBA and Dominican Republic between. In 2012 as coach of the Kentucky Wildcats, Calipari won his first national title with current NBA superstar Anthony Davis, after previously winning 14 conference championships and making five Final Four appearances, one of which was with Derrick Rose at the University of Memphis – a season which would eventually be vacated after controversy surrounding the star players SAT scores. Calipari has an overwhelming 77% win percentage in college, and an underwhelming 35% win percentage in the NBA.

Hall of Fame head coach Rick Pitino got his start as an assistant at Hawaii back in 1974. In a career spanning over four decades, he’s built a more than impressive resume, highlighted by the fact that he’s the only coach to win a national title at more than one school, winning in 1996 with Kentucky, and again in 2013 with Louisville. After nearly 1,000 games coached at the college level, Pitino’s 74% winning percentage, ten conference championships, seven Final Four appearances, and two national titles are the reason he doesn’t come cheap.

As he’s perhaps more commonly known,”Coach Kâ€ has a list of accomplishments that’s unrivaled. The most successful coach in college basketball history – he’s the only coach to record over 1000 wins. His five national championships at Duke University and his 78% winning percentage, as well as his 11 Final Four appearances and 12 conference championships lend to his impressive resume at the college level, and his two gold medals as the head coach of the US Olympic Team, and multiple inductions into the Hall of Fame cement his legacy, and his hefty price tag. According to a report, ‘Coach K is the highest-paid college coach in any sport, making nearly $4 million more than any other basketball coach and about $2.5 million more than Nick Saban makes ($7.2 million) as the highest-paid college football coach.’ 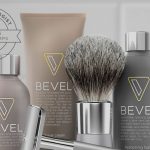 From Foursquare to Haircare: How a Tech Renaissance Man Keeps Innovation Alive