To help you be informed and prepared when you go to cast your vote tomorrow, Black Enterprise will highlight important races with African American candidates across the country.Â We tell you where the candidates stand, why the race matters, who their opponent is, what the key issues are and their chances of winning. Why the race matters: If successful, Meek–who is giving up a safe House seat, which he took over when his mother retired in 2004 for this bid–could become one of two black senators elected to the upper chamber this year.

Constituency: The state’s voting population is majority white, with almost equal proportion of Hispanics and blacks. In the 2008 election, each demographic had high turnout, at 63.6%, 54.5% and 67.9%, respectively.

Chances of winning: It’s all downhill for Meek. Crist is dividing the Democratic vote and conservative enthusiasm at an all-time high; Rubio is favored to win. 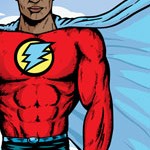 Donâ€™t Wait for Superman … Put On Your Own Cape!