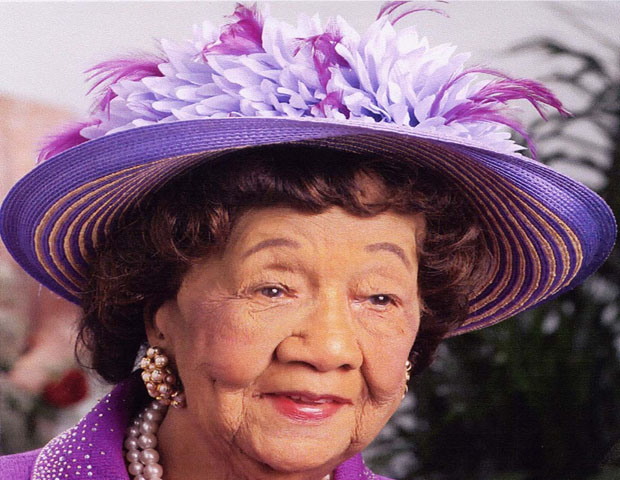 Greatness is not measured by what a man or woman accomplishes, but by the opposition he or she has overcome to reach his goals.–Dorothy I. Height

The life story of Dr. Dorothy Height, who died early Tuesday, April 20, often reads like a fairytale. That sometimes happens when you live so long and age so gracefully. Folks forget how much anxiety and disappointment and heartbreak you endured–especially when, at 98, you’re still wearing gorgeous hats and smiling–even as you strike your latest blow against oppression.

It’s true, Height was well educated and she caught the early attention of Eleanor Roosevelt and Mary McLeod Bethune, who mentored her and ushered her into position at the helm of the National Council of Negro Women. The rest, as they say, is history. It all sounds so seamless and so easy. But let go of the legend surrounding her life and focus real small.

Here was a woman–a single black woman–who lived a life that no sane black woman of her generation would have dared even dream. Let’s not forget, she was born in the south in 1912. Raised outside of Pittsburgh, she couldn’t attend the schools she wanted and she couldn’t vote. For those who like to ascribe the successes of others to the luck of being in the right place at the right time, there was nothing even remotely right about Height’s time or place, especially for a black girl. But she wasn’t just a black girl (none of us are) and she made sure people knew it.

From a young age, Height pushed her own limits and those of everyone in her midst. She created her moments. She rose to greet each opportunity. She answered a call to serve and eagerly stepped up to lead and in so doing, she forged new opportunities for women everywhere and she helped change the world. Luck had nothing to do with it. Here was a woman who was as self-made as they come.
It’s tempting to sum up her life with “the rest is historyâ€ line. After all, she was an influencer, not a policy-maker; she ran an organization, not a nation or even a blue-chip corporation; she was a social activist and a humanitarian in a time when we have grossly downgraded our regard for both.

But her life serves as a reminder of the sustainable value of committing oneself to causes rather than coffers. Hers is a dazzlingly unique history with timeless instructive relevance, especially for women.

She never once compromised who she was to suit the setting whether that setting was the White House’s gilded Oval Office or the rundown community room of an inner-city housing project; she never once downplayed her femininity or soft-shoed her purpose.
Here was a woman–without the status of wealth or race or a husband or birthright to impart–who literally had a seat at the table of a near-century’s worth of history, and she was all too often the only woman, of any hue, at that table.

Imagine her surrounded by the architects of the Civil Rights Movement. Martin Luther King Jr., Whitney Young, A. Philip Randolph, James Farmer, Roy Wilkins, John Lewis–all those opinions, all that testosterone….and Height, in her hat, pearls, and proper white gloves.

She would often recall such meetings in intimate conversations with friends, including Dr. Lucille Perez, former president of the National Medical Association and one of the countless women Height mentored throughout her long life.

“You can see her in the midst of all those great men,â€ Perez says. “Most of us know what that’s like and, as a woman, it can be really heavy, really intimidating. Did she say a whole lot? Probably not, given the times. But I know that when she spoke, she made it count and her mere presence made the conversation change. It had to. Just a little bit of estrogen always changes the conversation. And she always made sure she was right there making her influence felt no matter who was in the room.â€

Height had unprecedented access to every American president since Dwight D. Eisenhower and she used it, both challenging and endearing herself to them in the process.

Perez recalls being present a few years ago when Height got a call from president Bill Clinton inviting her to accompany him to an event.

“Does Hillary know?â€ she teased him before accepting. “She was well into her nineties at the time,â€ says Perez, “She was retired and still going into the office every day. Dr. Height was something else!â€

Her surname couldn’t have been more fitting, as her life and career bore testament to her steady climb up the ladder–and her unceasing efforts to reach back and lift others. “She was a modern day Harriett Tubman,â€ says Perez. “She made all of us her life and her message was constantly, ‘Keep your head up! You’re going to be free.’â€

It’s no fairytale, but it’s a story worth telling again and again.

Click here to see “Dorothy I. Height: Her Life In Pictures.”

The Color of Money 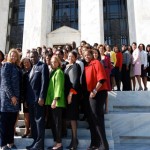