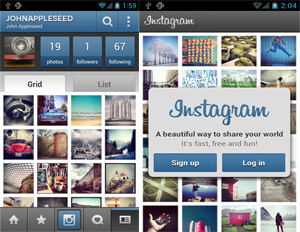 Instagram is living the ultimate startup dream.Â  Â The San Francisco-based upstart, which launched exclusively as an iPhone app back in October 2010, has created a new clique of photo enthusiasts.Â  Instagram alone boasted over 30 million users prior to its acquisition by Facebook. Now, the platform’s user base surpasses 40 million users; that’s equivalent to 5% of Facebook’s user base. When the company launched the Android version of the popular photo-sharing app earlier this month, it added an additional 10 million Instagram users to its already growing numbers in a six day time period.

What startup wouldn’t want a robust acquisition or initial public offering with a huge payoff? Â Facebook acquired Instagram for a cool $1 billion in early April, and this story could not have been written any better, even if Steven Spielberg penned the script himself.

With Facebook’s Instagram acquisition still the topic of conversation in the tech space, here’s a look at why the popular mobile application has experienced tremendous growth:

When pitching your product or startup idea, ask yourself: What problem am I trying to resolve? Instagram focused on solving the dilemma of taking strong, visually appealing photos from your mobile device and sharing them instantly. The startup does it better than any of their competitors–Facebook and Flickr included.

Perfect Your Product Before Expanding

What makes Instagram so popular is that it creates beautiful photos without the hassle of lugging around heavy photography equipment. The startup started small, focusing on Apple’s iOS platform. This allowed the company to create a greater user experience. Instagram users can utilize one of several pre-created filters or other effects to capture those shareable moments. Instagram’s decision to expand to the Android platform was done only after the team felt it was ready to advance.

Capitalize On the Desire to Share in Real Time

One might argue Instagram is what Facebook wants to be–a mobile app.Â  If Facebook could turn back the clock, it’s safe to say (with all the opportunities mobile has to offer)Â  it would launch on a mobile platform.

If Instagram launched before its 2010 debut, I’m not sure they would’ve been as successful as they are today. The platform’s release, which came shortly after the iPhone 4 stepped onto the market, was a strategic business move. Photo-centric apps didn’t stand a chance prior to the release of this version of the Apple product.

With Facebook serving as the largest photo sharing social network, the powerhouse company decided to eliminate their competition: Instagram. Why, you might ask? Well, for one, so Google and Twitter could not acquire them first. And, secondly, in order to get a stake in the mobile-first, user-centered, photo-focused space, they needed to merge with a company that was already doing what they sought to do. (Remember: Facebook is a web-based interface that allows users to curate albums of photos.)

Instagram honed in on creating the best possible product, which would yield the greatest user experience. Instagram CEO Kevin Systrom and his team kept it simple, meeting the needs of the user and filling an industry void.

The one billion dollar question…how will the Facebook acquisition of Instagram change the mobile app we have come to love?