The Black Panthers: Vanguard of the Revolution Opens in Theaters in September 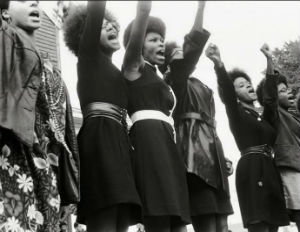 The Black Panthers: Vanguard of the Revolution is a film that chronicles the rise and fall of the Black Panther Party, a revolutionary group formed in 1966. Directed by master documentarian, Stanley Nelson, the film’s cast features larger-than-life personalities, including Huey Newton, Bobby Seale, Kathleen Cleaver, and Fred Hampton.

[Related: Celebrities on Broadway this Summer]

According to a PBS distribution release, the documentary explores “the Black Panther Party, its significance to the broader American culture, its cultural and political awakening for black people, and the painful lessons wrought when a movement derails. It includes rare archival footage that contextualizes the history of the Panthers – begun in response to racism and police brutality in Oakland, California. Surviving members of the organization are interviewed alongside retired police officers, FBI informants, journalists, and others – all of whom reflect back in detail on the events that defined the Panthers’ turbulent late ’60s era.”

“I am gratified that PBS has the courage and foresight to bring this film to audiences across the country, and we are thrilled to call them our partners,” said Mr. Nelson. “The Black Panthers made an indelible imprint on American culture and politics. The story of their rise and fall is essential history for understanding the times we live in, and the complicated political dynamics that are still at play.”

“We are delighted to support the work of one of today’s most important independent filmmakers, Stanley Nelson, with whom we have enjoyed a long and productive relationship,” said Beth Hoppe, chief programming executive and general manager for general audience programming, PBS. “This film represents the kind of provocative, thoughtful independent filmmaking that has long been at the heart of PBS’ mission, and we are happy to work with PBS Distribution to steward Black Panthers through theatrical, broadcast on PBS stations, and on to VOD and home entertainment.”

“The Black Panthers: Vanguard of the Revolution” made its world premiere at the 2015 Sundance Film Festival last month, and is currently screening as part of the Pan African Film Festival’s 2015 edition.”

Watch the trailer below. 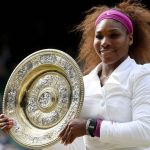