The 2010 edition of The Apprentice, NBC’s business reality show starring and executive produced by real estate mogul Donald Trump, features entrepreneurs and professionals competing for a $250,000 job contract with the Trump organization. Each week the contestants must complete a business task. The winners are rewarded; the losers must report to the infamous boardroom, where at least one candidate will be fired by Trump. This edition of The Apprentice features three African American job candidates: Kelly Beaty, Gene Folkes and Liza Mucheru-Wisner.

With each task of The Apprentice 2010, I will post performance reviews of the candidates, their teams and their project managers. In addition, I will assess the performances of Kelly, Gene and Liza for as long as they remain in The Apprentice talent pool.

Leadership Lesson: Don’t let the process distract you from the ultimate goal. Leaders understand their objective, staying focused on exactly what it takes to win, and set their priorities accordingly.

TASK 7: Stage backer’s auditions for two new Broadway musicals, to be judged by Broadway investor John Yonover, Daryl Roth, and Broadway, film and TV actor Kristin Chenoweth. The teams will be judged on the quality of their marketing materials as well as their overall presentation.

Fortitude’s backers audition will be for Darling, a “dark reconstructionâ€ of Peter Pan set in 1929 Boston. Liza immediately makes clear that she has no experience in theater production and has never seen a Broadway Show. Stephanie Castagnier quickly raises her musical background, including study at Canada’s Royal Conservatory, in a bid to be put in charge of the creative side of the task. When Poppy Carlig says she also has a background in music, she is ridiculed by Stephanie, who along with Brandy, is assigned by Liza to work on planning the music and creative aspects of the audition, while Liza and Mahsa Saeidi-Azcuy work on the promotional materials. Stephanie is openly resentful of Liza not putting her in charge of planning the audition, seeing the qualifications of Poppy and Brandy Kuentzel as clearly inferior to her “musical expertise.â€ The resulting tension prompts Liza to send Stephanie out with Mahsa to work with the graphic designer to produce the poster and other promotional materials for the production, leaving Poppy and Brandy to work on the audition. Under protest, Stephanie defers to Liza’s authority as PM, but she never takes the graphics assignment seriously (seeing it as a misuse of her talents) and is angry at the prospect of not getting credit for choosing the music for the production. She and Mahsa execute the graphics with only token regard for Liza’s wishes as project manager. With Stephanie out of the picture, Poppy and Brandy have no problem working with the actors on the production. However, Liza doesn’t even get to see the graphics, which feature a black-and-white image (Liza wanted more color), until the morning of the audition. She has no choice but to make the best of it. 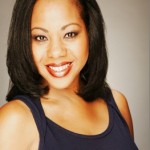 From Invention to Market: Starting the Journey

Will Election Day Check-In Lure Millennials to the Polls?