The 2010 edition of The Apprentice, NBC’s business reality show starring and executive produced by real estate mogul Donald Trump, features entrepreneurs and professionals competing for a $250,000 job contract with the Trump organization. By now, the format is familiar: Each week the contestants, divided into two teams, must complete a business task. The winning team is rewarded; the losing team must report to the infamous boardroom, where one member will be fired by Trump. This edition of The Apprentice features three African American job candidates: Kelly Beaty, Gene Folkes and Liza Mucheru-Wisner.

With each task of The Apprentice 2010, I will post performance reviews of the candidates, their teams and their project managers. In addition, I will assess the performances of Kelly, Gene and Liza for as long as they remain in The Apprentice talent pool.

Leadership Lesson: There’s a reason why home run kings also lead in strike-outs–they are not afraid to risk failure in pursuit of the grand slam. When a homerun is called for, singles and doubles won’t do. On any job calling for a spectacle, a major impact–swing for the fences.

TASK 4: Create and video record a guerilla marketing stunt to promote Popcorn Indiana. The video with the best potential to go viral on the web wins.

While on the firing line for all-male team Octane after their loss on Task 3, Wade Hanson promised Trump that he would step up as project manager on this task. However, Wade seems relieved to discover that real estate developer Clint Robertson is determined to lead on Task 4, and he steps aside with little resistance. Assistant D.A. Mahsa Saeidi-Azcuy takes on the leadership role for the ladies of Fortitude on this task.

When Gene suggests the idea of two guys starting a food fight with popcorn that escalates into a free-for-all involving dozens of people in a public place, the concept catches fire with everyone on the Octane team but Wade, who worries that the idea “is a little bit too in-your-face” and prefers that his team moves in a less violent, more “kid-friendly” direction. Clint dismisses Wade’s concerns, committing to a “go big or go home” approach. Clint gets an unexpected gift when the destructive force on his team, unemployed sales pro David Johnson, withdraws from the task to seek dental attention for a tooth broken while eating a popcorn bagel. With Octane’s time-bomb out of the way, they go on to execute the task, literally stopping traffic with a staged popcorn fight on Manhattan’s 5th Avenue in front of Trump Tower. The melee climaxes with everyone shouting the Popcorn Indiana tag line, “Share Some!”

Meanwhile, after some brainstorming, attorney and entrepreneur Brandy Kuentzel thinks it would be funny to show people working out at the gym while devouring popcorn. The entire Fortitude team enthusiastically embraces the concept–with the notable exception of Tyana, who says that the idea is not really funny and has zero viral potential. At least in part in response to Tyana’s lack of enthusiasm for the concept, Project Manager Masha excludes her from creative development of their video concept by sending her, along with Liza and Poppy Carlig, out for supplies. Mahsa expresses some regret for that decision and decides to involve Tyana Alvarado, Liza and Poppy more when it’s time to execute the task the next day. Unfortunately, there’s not much they can do to influence the concept during execution. Tyana clearly expresses her belief that Fortitude’s video of people working out at a Gold’s Gym while scarfing down popcorrn will not be good enough to win, because the concept is just not funny, not an attention-grabbing spectacle. This frustrates and angers her team members, who feel she should offer ideas to improve the video, not just complain that it’s not good enough. However, Mahsa manages the team effectively in her self-described “bossy” style, and there are no glitches in execution.

The Result: Octane’s food fight was judged (as Wade feared) a little violent and a tad unfit for the kids. However, it was a spectacle that captured the attention of passersby and shut down 5th Avenue–a true guerilla marketing stunt. By contrast, Fortitude has produced a typical, middle-of-the-road, mildly funny commercial. Tyana was afraid that Fortitude’s video didn’t go far enough. She was right. Wade was afraid that Octane’s video went too far. According to the judges, he was also right. But when it comes to guerilla marketing, too much always trumps not enough. Project Manager Clint goes big, and Octane delivers a big win.

Who I Would Have Fired: Again, I want to emphasize that I make my firing decision before the boardroom sessions, and before Trump makes his call. I prefer to base my evaluation on performance on the task, not the cut-throat, finger-pointing boardroom drama that is a key driver of ratings for The Apprentice. (I do, however, recognize that your ability to communicate your value to the boss regardless of success or failure on a project is a key to surviving and advancing on the job.) No matter what happens in the boardroom, I stick to my decision.

6 Ways Your Taxes Could Increase in 2011 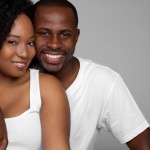 Why Financial Fitness Isn’t Just About Getting Married