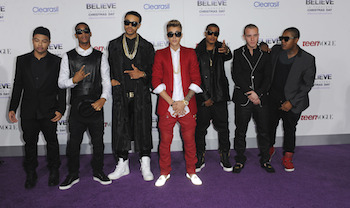 It seems that the losses continue to pile up for the Canadian wunderkind known globally as Justin Bieber. After the Internets saw a video clip of the R&B prodigy using the N-word in a joking manner, a second clip finds Bieber changing the words of his 2009 hit, “One Less Lonely Girl” to “One Less Lonely N—–,” according to TMZ.

Reportedly recorded when the crooner was still a teen, Bieber laughs while he references killing while using the heinous slur and quips that he’s “joining the KKK.” The 28-second video (which you can see on the next page) comes a few days after Justin apologized for the first clip that instantly went viral. Claiming that he was “too young” to grasp the gravity of his words at the time, this melodic monstrosity has dealt a serious blow to the Usher-endorsed singer’s career.

While Justin’s representatives (and Usher Raymond, himself) have not yet commented on the hateful language-filled new video, Twitter and its Twitizens around the web are mixed with their reactions. According to an insider, “Unfortunately, this is the devastating reality of how Justin has behaved and reveals his attitude toward such a deeply emotive subject.” With eyes and ears all transfixed on Justin Bieber’s current transgression, Black Enterprise wonders aloud just how long does Bieber and his Beliebers have in front of the pop culture consciousness? Will his latest provocative punchline be the knockout blow to his already shaky career? Will business dealings and sponsorships be pulled away from Bieber just as many did during the Donald Sterling controversy?

The one thing we do know is that in the age of instant communication, Twitter will always be the first to react when something strikes its consciousness. Without further ado, we spotlight 30 reactions from social media to Justin Bieber’s second racist video. 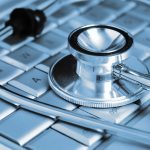